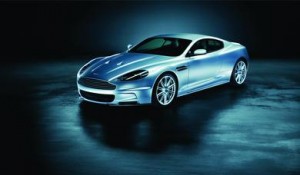 An facility has become the first-ever European loan to be backed entirely by Islamic financing. has completed syndication of a £225m Sharia-compliant senior secured acquisition loan backing the leveraged buyout of luxury carmaker Aston Martin.

The debt is structured as a Sharia-compliant commodity murabaha. The all-senior bullet facility includes a £200m eight-year term loan and a £25m eight-year revolver. It supports a £522m deal to buy Aston Martin from Ford in 2007 by a consortium of incoming chairman David Richards, and Kuwaiti investors and .

Walid Sarieddine, head of Islamic finance at WestLB, who led the deal, said: “The requirement to have a Sharia-compliant financing solution came from the sponsors, Investment Dar and Adeem Investment, both Sharia-compliant investors.”

That requirement is not ubiquitous for Middle East funds but is becoming more common. With Middle East investors increasingly active as financial sponsors on European deals, there are likely to be more of this type of deal.

The facility pays the equivalent of 295bp over six-month Libor for the initial five years, stepping up to 345bp over for the remaining three years. The terms include a put option at the end of year five, allowing the participating banks to demand repayment of the facilities.

Sponsors will be permitted to repay the facilities at the end of every rollover period. Syndication followed a fairly typical course and the pricing of the financing reflected the nature and quality of the assets, and was in line with market standards, said Sarieddine.

The deal was syndicated to a mix of European banks, GCC banks and Asian banks. Sharia-compliant financing may access additional liquidity as it targets both traditional and Islamic investors.

As well as being an unusual deal, the sell-down is likely to have been challenging because of the highly cyclical nature of the luxury car business, and the more general strain on investor liquidity.

Other arrangers are likely to pay particular heed to the breadth of the bank group, though it remains unclear how large a leveraged deal the market can absorb, or to what extent the bank group is a reflection of the sponsors rather than the target.

David Richards is founding chairman of Prodrive, which runs the Aston Martin racing team and is establishing a Formula One team. John Sinders is an Aston Martin collector and a backer of Aston Martin Racing. Investment Dar and Adeem Investment Co are headquartered in Kuwait.

Aston Martin had been on the block since August 2006, the result of a restructuring at Ford designed to build liquidity.

“The sale of Aston Martin supports the key objectives of the company – to restructure to operate profitably at lower volumes and with a changed model mix, and to speed the development of new products,” said Alan Mulally, Ford’s president and chief executive officer at the time. “From Aston Martin’s point of view, the sale will provide access to additional capital, which will allow Aston Martin to continue the growth it has experienced under Ford’s stewardship,” he added.