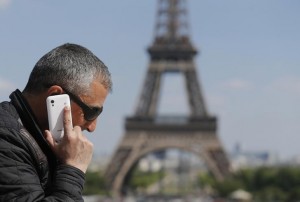 It’s not exactly clear what Astorg will target for the fund. The person said the target will likely be more than the firm raised for its prior fund, Astorg V, which closed on 1.05 billion euros ($1.1 billion) in 2011. Fund V beat its target of 800 million euros.

Park Hill Group is working on the fundraising.

Astorg’s Fund V generated a negative 3.6 percent net internal rate of return and a 1x multiple as of Sept. 30, 2014, according to the California Public Employees’ Retirement System.

In April, Astorg agreed to buy software company Metrologic Group from The Carlyle Group. Financial details were not disclosed.

Astorg has raised 2.3 billion euros of committed capital since its inception in 1998 and has generated a 30 percent gross IRR on 23 realized investments, according to the firm’s website.

Astorg is led by Managing Partners Joël Lacourte and Thierry Timsit and Chairman Xavier Moreno. Other partners at the firm are Christian Couturier and François de Mitry.

The firm has offices in Paris, London and Luxembour