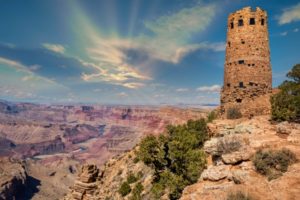 The fund will look to originate senior secured loans to specialty finance companies as well as purchase performing whole loans.

According to a presentation delivered to Rhode Island State Treasury, the fund has already raised $809 million as of December 31, of which $100 million had been drawn and $105 million invested in nine separate investments.

The firms said “specialty finance” refers to financing that takes place outside the traditional banking system, which has boomed ever since the 2008 financial crisis.

Atalaya focuses on a specific set of sub-sectors within the consumer and commercial lending asset classes, which includes credit cards, equipment leasing, and business deliverables in general. These classes make up about $1.5 trillion of the total market.

The fund will focus on “lower risk and return” situations where the underlying assets are performing well, according to a memo from consultant Cliffwater.

The fund will take 30 to 40 positions, with the typical investment from the fund ranging from $20 million to $40 million. It will focus primarily on the US. The investment period will be 24 months, followed by a 36-month harvest period with an optional 12-month expansion at the GP’s discretion.

Atalaya was founded in 2006 by Ivan Zinn, who is a partner and chief investment officer. Other partners include Raymond Chan, Josh Ufberg, David Aidi and Matthew Rothfleisch.

The firm is owned 80 percent by its partners, but Dyal Capital Partners, a division of Neuberger Berman, owns a 20 percent minority stake.

Dyal recently announced a merger with Owl Rock Capital Partners through a SPAC transaction, and will go public under the name Blue Owl, according to sister title PE Hub.

Fund IV, a 2017 vintage, closed on $900 million and as of December 31 had a 12.8 percent gross internal rate of return and a 1.2x gross multiple of investment capital. The fund made 41 investments and five exits, with just over half of its drawn capital distributed. The firm’s presentation also said its projected net IRR was 9.1 percent and a 1.2x multiple.

Atalaya did not respond to a request for comment.