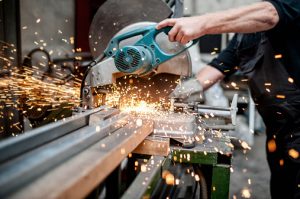 In a challenging environment for secondaries, some deals are finding the finish line.

One such deal that just closed was run by Atlas Holdings, which moved six companies out of older funds and into a continuation vehicle for more time and capital to manage the investments, the firm will announce later this morning.

The deal is illustrative of several things – it’s an example of the kind of multi-asset continuation fund transaction that has been more attractive to buyers and GPs this year. Investors have been looking for more diversification away from the large single-asset processes that have dominated the market since last year.

The nature of the six companies is also interesting: they are all industrial-related businesses, different from the more high-flying tech and healthcare companies that have been much of the rage in secondaries recently.

Total deal was valued at about $400 million, with about $320.6 million in funded commitments and LP/GP roll over, and $75 million in fresh capital for future investments. Five of the six companies came from Atlas’s first fund, the firm said, which closed in 2010 on $365 million.

Generally in such deals, existing LPs have the chance to cash out of their stakes in the assets, or roll their interests into the continuation fund (or a combination of both).

Evercore worked as secondaries adviser on the deal.

“While much of the secondary market is dominated by tech and healthcare, industrial businesses like ours can benefit from increased runway,” Tim Fazio, Atlas’s co-founder and managing partner, said in a statement.

Atlas, formed in 2002, has a history of finding ways to hold companies longer than is traditional in private equity. The firm, in its third fund, which closed on $1.67 billion in 2018, included a provision that allowed it to hold certain assets beyond the 10-year life of a traditional private equity fund.

The fund allows the GP to buy portfolio companies out of the fund using special purpose vehicles with indefinite holding periods, Buyouts reported at the time. Fund III LPs have the option to cash out or roll their interests into the SPV.

“We believe we build value in businesses over the long term, and this feature will give us flexibility to do that in circumstances where the company continues to have great prospects,” Fazio told Buyouts in the previous article.

Atlas closed its second fund on $900 million in 2013. Its most recent pool, Fund IV, closed on $3.1 billion last year. Atlas’s management company is principally owned by Fazio and Andrew Bursky, according to the firm’s Form ADV.

While certain deals like Atlas are finding their way to closure, the secondary market has hit challenges amid pricing uncertain and broader economic shocks.

Some deals are getting delayed as firms and advisers work to build investor syndicates, while others are facing price renegotiations, especially for those with valuations set by a preceding minority stake sale that closed before the market began to sink.