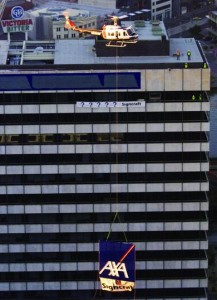 The fund closed US$200m above its original target, making it the second largest European secondaries fund to be raised this year. attracted US$4.5bn in April.

The new fund has already invested 10% of its amount: a commitment of up to €134m in two Italian mid-market private equity funds – and Sofipa Equity Fund II – and a commitment of US$132.5m in a US buyout firm.

This closing is the latest in a line of secondaries funds that have launched or closed this year. As well as Coller’s fund, in June London-headquartered specialist raised €730m for its third fund, (GII3), well over its €500m target. Another London-based firm, has started fundraising for its second fund, , as well as , the French fund-of-funds manager, launching a €350m mid-market vehicle capable of making primary and secondary investments.

The reason for the growth in their popularity, which is sure to increase in light of the contraction of the LBO market, is a by-product of a maturing industry. Between 2% and 4% of the total commitments made by investors to private equity funds now change hands each year as investors are becoming more pro-active and less reluctant to sell fund stakes. In a survey published by UK private equity consultants and placement agents Almeida Capital earlier this year, an overwhelming majority – 83% – of the 100 investors surveyed had either bought a direct secondary interest in a fund or portfolio of companies (65%) or intend to buy a direct secondary interest (18%).

According to research house Private Equity Intelligence, 11 secondaries funds raised US$7.5bn last year. Thirteen funds are being raised this year with a combined target of US$14.2bn.