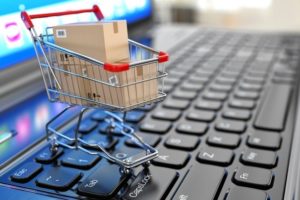 Azimut Alternative Capital Partners this week invested in HighPost, a New York private equity firm founded in mid-2019 by members of the Bezos and Moross families. AACP acquired an initial 12.5 percent interest, according to a statement, with the option to increase ownership to 24.9 percent.

The deal’s proceeds will supply working capital to HighPost and assist in its long-term growth, the statement said.

The AACP-HighPost partnership will also be “a capital-raising relationship,” the sources said. This is expected to be facilitated by the GP stakes fund’s parent organization, Azimut, an $83 billion European asset manager operating out of 17 countries.

“Azimut will be there to build the business, to make this happen,” the sources said.

HighPost’s ADV filings, dated October 2020, noted the firm anticipates “having $100 million or more in regulatory assets within 120 days.” It is not clear what the amount refers to. HighPost did not respond to a request for comment.

Until recently, little was known about the low-profile HighPost. It is led by managing partner and CEO David Moross, founder of Falconhead Capital and Sports Capital Partners, and managing partner Mark Bezos, Jeff’s brother and a director of the Bezos Family Foundation.

HighPost will invest in the global consumer sector, focusing on opportunities among mid-market companies owned by families or run by entrepreneurs, the statement said. It will identify buyout and growth investments in a consumer ecosystem reflecting “attractive secular tailwinds,” the firm’s ADV filings added.

HighPost’s executives include senior managing director Kevin Mailender, previously with Oak Hill Capital, where he led the consumer, retail and distribution group. He will oversee HighPost’s investment team, according to the statement.

AACP launched in late 2019 to invest permanent minority capital in mid-market firms with diverse strategies, including private debt, PE, venture capital, real estate and infrastructure. It will typically acquire stakes of 20 percent-plus in US managers with assets of $500 million to $3 billion, drawing on the balance sheet of Azimut.

The GP stakes fund, however, elected to pursue the deal because of the rare opportunity to partner with “one of the wealthiest families in the world,” the sources said. “This is a family that sees a lot of deal flow and is very thoughtful about consumer brands and digital technology.”

AACP is led by CEO Jeffry Brown, a veteran of Neuberger Berman’s Dyal Capital Partners. It is looking to do three to four deals per year, Buyouts reported last October.

AACP could be not reached for comment prior to publication.