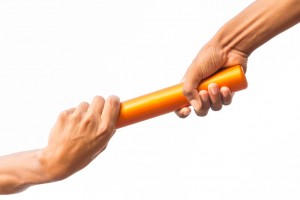 While LPs may cast a wary eye on sponsor-to-sponsor mergers and acquisitions, a recent Cambridge Associates study of deals between 2004 and 2012 concluded they significantly outperformed the broader private deal group.

Fully realized sponsor-to-sponsor transactions generated a gross multiple of invested capital (MOIC) of 2.6x, ahead of the realized private equity industry mean of 2.3x and the median of 1.7x.

“In our view, the bad reputation of these transactions may be unwarranted,” the study said. “When executed under the right circumstances, one sponsor acquiring another sponsor’s portfolio company can simply be business as usual.”

Andrea Auerbach, managing director and head of global private investments at Cambridge, said the positive results appear to be fueled by deals where smaller private equity firms sell their portfolio companies to larger firms, which continue to grow the companies.

LPs are more friendly toward these “David-to-Goliath” transactions because they’re like handing off a successful investment to a bigger sibling, who have the ability to scale the business, she said.

However, LPs frown upon “Goliath to Goliath” deals where a big firm sells a company to another big firm. This is especially egregious to LPs if they own stakes in both funds involved in the deal and have to absorb transaction costs just to hold onto the same company, Auerbach said.

“What we suggest is that the buying sponsor in a Goliath-to-Goliath transaction be prepared to lay out the rationale of the deal,” Auerbach said. “Explain why this makes sense and how it’ll help deliver returns.”

One LP said PE investors have always assumed secondary deals contain less value to unlock than companies bought from a family or a strategic company, but it’s a misconception.

Larger firms tend to be more active in sponsor-to-sponsor deals, however. Of 248 realized and unrealized sponsor-to-sponsor transactions between 2004 and 2012, more than two-thirds were executed by private equity funds of $1 billion or more, the study said.

Executives at a particular portfolio company may also play a role in selling to another sponsor, the study said. “Management teams can also influence outcomes and those that want to maintain control of their company and not become a cog in the wheel of a larger corporation may also influence the sale process toward a sponsor,” the study said.

All told, about 20 percent of transactions nowadays fall into the sponsor-to-sponsor bucket. This may increase over time, Auerbach said.

“Sponsor-to-sponsor transactions are not going away,” she said. “There can only be more of them for the sole reason that every year, more and more private companies get bought and sold. The other reason is … the structure of private equity funds is such that they have to sell. They can’t hold on for generations. It’s a structural imperative.”