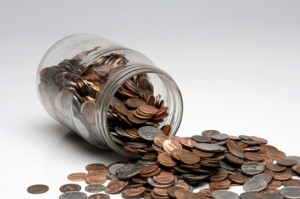 The debate over whether buyout firms are good for their portfolio companies isn’t likely to go away overnight. But a new study finds that public companies with private-equity sponsors do enjoy at least one benefit: lower borrowing costs.

The study, titled “Private Equity Firms’ Reputational Concerns and the Costs of Debt Financing,” looks at the bonds offered from 1992 to 2011 by post-IPO companies backed by private-equity sponsors. The authors found that yield spreads on such bonds were on average 70 basis points lower, all other things being equal; the spread was even higher for buyout shops with higher equity positions.

The paper, dated January 21, 2013, is co-written by Rongbing Huang, associate professor of finance at the Coles College of Business, Kennesaw State University; Jay R. Ritter, “eminent scholar” at the Warrington College of Business Administration, University of Florida; and Donghang Zhang, associate professor of finance at the Moore School of Business, University of South Carolina. All told from 1990 to 2000, the study found, sponsors were counted as shareholders in 11 percent of all IPOs in the United States, while from 2001 to 2011 they were shareholders in 32 percent.

The authors went into the study expecting sponsors to exhibit two types of behavior. They reasoned that, because sponsors are ultimately shareholders whose interests can be at odds with those of creditors, buyout firms might be tempted to use their influence with portfolio companies to reward themselves at the expense of bondholders. For example, they might encourage management to pursue projects that lead to short-term gains in the stock price but that ultimately hurt the company’s ability to repay creditors.

On the other hand, sponsors also need to treat bondholders well if they expect to maintain their favor when pursuing subsequent transactions. “Private equity firms often deal with bond investors repeatedly,” the authors write. “If one company owned by a PE firm exploits its bondholders, all companies owned and to be owned by the PE firm will likely face a higher risk premium on their bonds and more restrictive covenants.” The data on yield spreads suggests that “due to their reputational concerns, PE firms adopt corporate policies that are friendly to bondholders,” the authors write.

All told the paper focused primarily on a group of 204 companies that issued bonds at least one year after their IPOs but no more than five years. The authors also took some results from a larger sample of 350 companies that issued 724 bonds from one to 10 years after their IPOs. The authors made sure to take into account any differences in covenants that would impact trading levels.

Citing earlier academic research, the authors reported that buyout shops tend to stay involved with portfolio companies after taking them public (in cases where the companies had earlier been through take-privates). “Private equity firms continue to own a large percentage of shares of their portfolio companies and serve on the board of directors during at least the first several years after” the IPOs, the authors write.