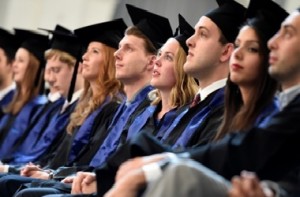 That is one way of looking at the compilation of industry tax practices put together in a Nov 14 paper by Gregg D. Polsky, a law professor at the University of North Carolina School of Law. Then again, Polsky has been no friend to the industry in its pursuit of lower taxes. He titles his paper “A Compendium of Private Equity Tax Games,” and surely wouldn’t mind if the IRS viewed the paper as a guide to potentially abusive practices. Below is a brief run-down of the four strategies described in the paper and Polsky’s insights into how they evolved, and their legitimacy.

Polsky seems to accept the “carried interest loophole” that allows buyout professionals to pay capital-gains-rate taxes on their profit-share rather than ordinary income taxes. But he points out that limited partners subject to taxes end up worse off than had they kept 100 percent of the profits and instead paid the buyout professionals a fee for service. So ostensibly the tax benefits enjoyed by sponsors would be canceled out by higher taxes paid by investors, a wash for the U.S. Treasury. Of course, many public pensions and non-profits are “tax-indifferent,” Polsky writes, meaning that under current practice “the managers win and investors do not lose.” He adds: “This shows that the carried interest loophole exists in substantial part because of the tax-indifference of the manager’s counterparties.”

After a preliminary review of Polsky’s paper a spokesman for the Private Equity Growth Capital Council responded with a prepared comment: “(T)he fact is that capital gains treatment for carried interest has always been a part of the tax code and is based on the uniquely American principle that we reward those who take entrepreneurial risk, whether that risk involves investing capital or it involves years of time, effort, and vision. Furthermore, the data has borne out that private equity strengthens companies by making them more competitive and has generated superior returns for millions of retirees. Recent findings show that private equity has delivered a 12.3 percent annualized return, net of fees, to public pensions over the last 10 years, more than any other asset class.”

These come in two flavors. With elective waivers, writes Polsky, the sponsor at regular intervals chooses to waive future management fee payments in exchange for an additional interest in the partnership. With upfront waivers the sponsor choose to waive some or all of future management payments when the fund is formed. Either way the sponsor gets a priority allocation of profit and dividends equal to the waived fee. The sponsor also receives a share of profits on the contribution made to the fund on its behalf, in effect, by the investors. Polsky’s complex analysis of whether the strategy works hinges on the level of risk that sponsors take that they won’t recover their waived fee. He concludes that fee waivers “do now work under current law.” He notes that the U.S. Treasury and the IRS have indicated they plan to provide guidance on the issue.

Sponsors pay higher taxes on management fee income than they do on carried interest income. So they have a natural incentive to allocate most or all of their expenses to their management-fee income, thereby reducing that higher-tax-rate income. Polsky believes this to be a “misallocation of expenses” in that some expenses should more reasonably be allocated to carried-interest income. But he acknowledges that “the strategy is permissible under current law.”

Sponsors have for years charged their portfolio companies a variety of fees, such as monitoring fees. In recent years it has become increasingly common for the sponsor to share some or all of these fees with investors in the form of a management fee offset. The tax consequences can be quite favorable. The portfolio company on its tax forms gets to deduct the fees paid as an expense; the sponsor gets to reduce its management fees through the offset and therefore the amount of tax it pays on them; and the limited partners, as noted above, tend to be tax-indifferent. Polsky says for the tax strategy to work monitoring fees have to have “a compensatory purpose” and “be reasonable in light of the services that are being provided.” Polsky argues compellingly that the first condition often is not met, at least when it comes to monitoring fees, and that they should be recast as dividends. He concludes that the ”strategy ordinarily does not work under current law.”