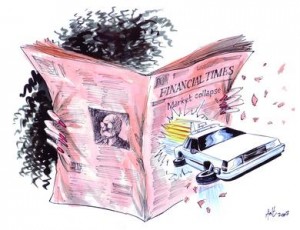 After a year out of a market that was at the time characterised by mega deals, mega exits and mega funds, I have arrived back smack bang in the middle of a credit crunch, where the debt markets seem to be suffering from bad indigestion and investors, in particular the large buyout funds, are wondering how they are ever going to finance and exit deals again. And so the buyout boys’ seeming wish to take over the world appears to have gone up in smoke.

But while there seems to be much panic on the banking side, the situation is not as bad as it might seem overall for the private equity industry. For those players focusing on development capital deals, it’s business as usual as they have no need to tap into the debt markets and those in the mid-market even seem to be profiting from the current situation as they take advantage of those banks that are keen to consider less risky opportunities. There are also a number of players, who until now have relied on secondary positions on large leverage deals, who are seeking to gain market share in the mid-market by underwriting deals which they perceive as more stable and consequently more attractive.

But the main players who have the advantage at the moment are those who can write a single cheque incorporating both the debt and equity – our friends the hedge funds. So there are definitely some interesting times ahead for our industry and the journalists who are covering it!

Editor Angela Sormani has returned after one year on maternity leave.