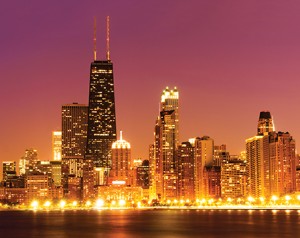 There is a “progressive element in our constituency and our boards where—if they read about less transparency, less alignment of interest—there will be less conviction on investing in this asset class,” said New York City Retirement System private equity chief Alex Doñé during the panel. “I think the regulatory spotlight will only continue to intensify, and I think that will cause public pension LPs to react in a very public way.”

Public pensions would be even more likely to tighten their purse strings should returns, recently buoyed by strong capital markets and a wave of distributions, decline, said speakers at the conference.

“You need a defined set of messages for why you’re doing this, to give trustees reason to support [private equity], because it’s easy to be critical of it,” said TorreyCove Capital Partners President and Chief Executive Officer David Fann, speaking on the same panel. “It’s going to be hard politically for some of you all to defend it.”

Over the last year, the SEC’s investigation of industry practices relating to fees and transparency has yielded enforcement actions against firms such as Kohlberg Kravis Roberts & Co. and Lincolnshire Management. Board members at institutions like the California Public Employees’ Retirement System and the New Mexico State Investment Council now regularly voice concerns over private equity fees and expenses, and a coalition of state treasurers and public officials recently sent a letter to the SEC calling for greater transparency.

That unease dovetails with broader concerns that limited partners have with the industry’s role in the U.S. economy, said New Mountain Capital Founder and Chief Executive Steven Klinsky. “Besides the boards not liking private equity for the fees, there’s a general question [asked]: Is it good or is it bad for the economy?” said Klinsky, speaking on the same panel.

Klinsky believes the industry falls on the ‘good’ side of that divide, but he also said LPs must ask whether the managers they work with are “good people. Are they honest? Are they positive?”

Recent evidence suggests LPs now ask those questions with greater frequency, including when managers are perceived to have failed to live up to certain legal or ethical standards on particular deals.

Case in point, last year board members from three California public pensions complained when Saybrook Capital portfolio company Total Transportation Services Inc (TTSI) was found to have misclassified members of its workforce as independent contractors, rather than employees (an issue that has since been resolved).

CalPERS, one of the pensions that examined Saybrook Capital’s investment in TTSI, has been a leader among public pensions in establishing environmental, social and governance standards for private equity firms.

ACE Cash Express ran afoul of federal regulations as well. In 2014, the company paid $5 million in penalties and another $5 million in refunds to its customers after the Consumer Financial Protection Bureau found it had harassed customers and threatened lawsuits.

As of July, New Jersey was still exploring options for disposing of its interest in either the fund or in ACE Cash Express, said New Jersey spokesman Chris Santarelli.

“There’s a very clear and bright line with a practice that’s illegal in New Jersey versus a business that’s based on something people don’t like,” New Jersey State Investment Council Chair Tom Byrne said at a May council meeting. He added that the council in the future would find ways to “ask the kind of questions raised today.”