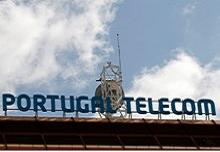 Altice, the holding company of Franco-Israeli telecoms entrepreneur Patrick Drahi, has made a bid it says is worth 7.025 billion euros in enterprise value.

Oi is considering selling Portugal Telecom assets to reduce its debt of over $18 billion, which would effectively unwind a merger between the two companies.

That deal soured after the Rioforte holding company of the Espirito Santo banking family, ultimately a shareholder in PT, defaulted on nearly 900 million euros ($1.14 billion) of debt owed to PT. Oi said it had not been aware of the debt before the deal and the fallout resulted in a renegotiation of the merger.

Oi is expected to use the proceeds of the PT Portugal asset sale to strengthen its hand in the further consolidation of the Brazilian telecoms market.

But Isabel dos Santos, the daughter of Angola’s president, has sought to block Oi’s sale of PT assets with an offer on Sunday for the Lisbon-listed holding company Portugal Telecom at 1.35 euros per share, seeking to capitalise on the fact that Oi-Portugal Telecom merger has not yet been fully completed.

Dos Santos, which shares with Sonae control of Portugal’s second-largest telecoms operator, NOS, has said she wants to keep the Oi-PT group intact.

Oi in turn has said it opposes dos Santos’s bid for Portugal Telecom SGPS because it would interfere with the merger between Oi and PT.

Against this complex background, Altice and the private equity firms are seeking to buy the operations of the one-time state owned monopoly telecoms firm in Portugal. The bids including additional earn-out payments worth up to 800 million euros related to future profit and cash generation targets.

Portugal Telecom has a leading position in fixed telephony and broadband in the country, with a 52 percent share. It also holds 41.5 percent of the mobile market in terms of revenue, according to Citigroup, competing with Vodafone with 41.6 percent and Nos with 16.9 percent.

Image Credit: An antenna is seen on top of the Portugal Telecom (PT) headquarters in Lisbon February 28 2013. REUTERS/Jose Manuel Ribeiro