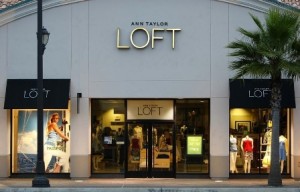 The negotiations with the buyout firms make Ann, which has a market capitalization of $1.6 billion, the latest retailer to seek a leveraged buyout in response to declining earnings. A deal is highly uncertain, however, because banks are reluctant to provide as much debt as buyout firms want amid economic concerns over these retailers, as well as regulatory constraints.

The exact status of the talks between the private equity firms and Ann could not be learned. It is possible that other buyout firms could emerge as buyers for the company, the people said this week.

The sources requested anonymity because the talks are confidential. Ann, Golden Gate and Bain declined to comment.

Like other women’s specialty retailers, Ann has been hit hard in recent quarters by increased competition, heavy in-store promotions and a pullback in consumer spending.

Taking retailers private has become increasingly difficult within the last year, as many of these companies cope with low traffic and declining sales. Guidance on leveraged lending from U.S. regulators has made financing even more difficult.

Private equity firm Sycamore Partners abandoned an attempt to acquire women’s retailer Express Inc earlier this year because it could not get deal financing on acceptable terms.

Last year, Golden Gate took a 9.5 percent stake in Ann, saying the stock was undervalued. Ann later said it had entered into a confidentiality agreement with Golden Gate.