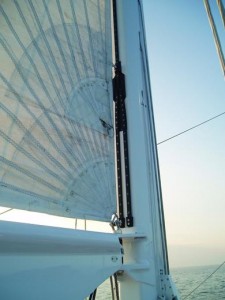 has agreed to buy , an Ipswich-based yacht maker founded in 1973 that builds yachts worth up to £4m and last year made £50m in total sales.

Winckles said: “Oyster is a remarkably successful global business in the up-market luxury sailing boat segment that we are proud to acquire.”

Oyster Marine chairman and founder Richard Matthews said: “I will be staying on as chairman and CEO and it will be business as usual for Oyster’s staff.”

provided both senior and mezzanine debt for the deal

Graham Randell, senior managing director of CIT Leveraged Finance Europe, said: “The private equity middle market has continued to offer a healthy pipeline of acquisition opportunities and we are delighted to have completed our first lead deal in 2008 with Balmoral.”

Chris Jackson, CIT managing director, who led the deal, said: “The commercial due diligence suggested that the business is recession resilient. In addition, the business has an impressive forward order book, so we were happy to underwrite this deal.”

He added that the cost of the debt was slightly more expensive than would have been available a year ago, saying: “Pricing has gone up materially as a reflection of the market today. That said, the lower mid-market is resilient, even if the amount of club deals is delaying transactions.”

In October 2006, took control of Italian yacht maker Ferretti for €1.7bn, one of the larger deals involving private equity in this specialised area. It beat competition from PAI Partners.

, which makes operating earnings of about €140m annually, had been owned by Permira alongside management, who were originally seeking to float the business. reinvested in the business.

Fellow private equity firm is also involved in the sector, having supported the buyout of Dutch group last year for US$700m. Dockwise has four specialised yacht carriers that can transport vessels.

Large motor-boat maker , meanwhile, remains resolutely in the hands of founder and managing director Robert Braithwaite. Last year the Dorset group, which made a £12.5m operating profit on £240m sales, bought a US manufacturer from Luhrs Marine.