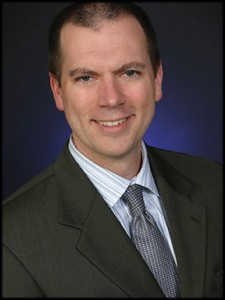 Assets under management: More than $1.5 billion committed to funds to date

Number of GP relationships: More than 35

Among those devoted to the effort in the private equity solar system is the team at advisory shop BAML Capital Access Funds Management LLC, a business housed within Bank of America Corp. Central to the adviser’s mission: funneling capital through fund sponsors into the hands of companies located in low to moderate-income neighborhoods, companies owned or managed by women and ethnic minorities, and companies that deliver products or services to a diverse set of customers in cities and rural markets with limited access to capital. By its nature the firm often ends up backing emerging managers run by women and minorities raising funds of up to $700 million or so in size.

It has been a relatively active time for the team. Distributions have been strong, which means plenty of fresh capital to cycle back into deserving sponsors. Today that often means lower-mid-market buyout funds. However, the adviser also has an appetite for mezzanine, growth capital, venture capital, special situtations and structured equity. Primary fund commitments are of most interest, followed by purchases on the secondary market. Funds recently backed by BAML Capital Access include Bison Capital Partners IV LP, Clearlake Capital Partners III LP, ICV Capital Partners III LP, Incline Equity Partners III LP and One Rock Capital Partners LP.

Matt HoganBruen, managing director, called the lower middle market attractive in part “because you have individuals who by definition have to stake a lot of their net worths to the success of their firms.” Given their fund sizes, the sponsors also aren’t generating an abundance of management fees. “They’re really in it for the carry,” HoganBruen said. He called the flow of opportunities seen by his team especially strong right now, thanks in large measure to the adviser’s sourcing activity. “We think we are now enjoying the fruits of all that work.”

Many of the executives at BAML Capital Access trace their roots to community development banks, where they cut their teeth lending to small businesses in the early to mid-1990s. Before taking on his current role, for example, Washington, D.C.-based HoganBruen led Bank of America’s lending efforts to national charter schools. The three other managing directors leading the advisory shop are Craig Fowler in St. Louis, Edward Powers in New York and Sanjiv Shah in Chicago.

HoganBruen wouldn’t discuss specifics of track record, other than to say his group has ”been very happy with our returns.” As of March 31, 2013, nearly a year ago, returns on four separate accounts managed on behalf of CalSTRS and New York State CRF ranged from slightly negative to slightly positive (see table), although returns had improved dramatically on the youngest of the four over the prior six months. It is also important to keep in mind the long J-curve inherent in separate accounts, since money gets committed over several years to funds, which in turn draw the money down over several years. The final results won’t be known on these funds until they’re fully liquidated.

What BAML Capital Access has accomplished in channeling money to underserved markets is spelled out in the firm’s 2013 Social Impact Report, with data as of March 31, 2013. Here are some highlights:

HoganBruen added that one of the advisory shop’s more important achievements has been to blaze a path for other firms looking to channel money to the underserved.

“Hopefully our actions have helped others figure that’s a good thing to be doing,” he said.