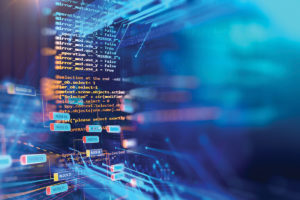 If Bank of America builds out its own merchant services unit, will anyone come? That’s the question facing the Charlotte, North Carolina, bank, one of the world’s biggest financial institutions with 66 million consumer and small-business clients.

BofA, with $1.25 trillion in assets under management, wants to develop its own unit that helps businesses handle debit and credit card transactions.

The plan comes after BofA and First Data announced in July that they are ending their 10-year payment processing joint venture. The JV, called Bank of America Merchant Services, helps move money between consumers and merchants, the Wall Street Journal said. BofA and First Data said they expect to pursue independent merchant services strategies beginning in June 2020. The firms, however, will continue working together until at least June 2023, the statement said.

The end of the 10-year pact was announced a day after First Data’s sale to Fiserv closed. In January, Fiserv said it would buy First Data, a leading payments company that processes 93 billion transactions annually, for $22 billion.

First Data owns a majority of the JV, which accounted for about 10 to 12 percent of its revenue, the WSJ said. (First Data also has merchant acquiring joint ventures with Wells Fargo and PNC.)

Bank of America Merchant Services is one of the largest US merchant acquirers, processing 17.3 billion card transactions at more than 700,000 merchant locations throughout the US, Canada and Europe. First Data, by comparison, is the biggest US merchant acquirer; including its joint ventures, it processes 47.30 billion purchase transactions and $2.356 trillion of purchase volume, according to the Nilson Report.

Mark Monaco, head of enterprise payments at Bank of America, said in the July statement that the firm will be looking to invest in its own merchant solution. This means BofA plans to bring its merchant/payment processing capabilities in-house moving forward, a spokesman said, declining further comment.

“This is a big lift,” one VC says, noting that BofA’s track record with ambitious tech builds isn’t great. Bank of America would have to hire “thousands” to complete the goal, the source says.

Many in the payments industry think it’s unclear what BofA will do long term, despite its lofty goals. Because it’s a big money center bank, BofA will seek to make payments facilitation one of its core capabilities, one PE executive said. Citigroup launched a merchant processing unit for its customers, while JPMorgan Chase’s merchant unit is ranked fourth in terms of purchase transactions, Nilson said.

“This doesn’t mean [BofA] will compete in every area of payments,” the source says. “You just have to be in the game. Chase is certainly making that bet.”

Some PE executives think BofA will likely buy something. One source points to Adyen, the payments company backed by General Atlantic, which went public in July.

“Adyen is too big and expensive,” one banker says, while a second source says Adyen would not be “close to accretive.”

Some pointed to BofA’s background in payments, having once owned Visa. But even with its storied history, it’s unclear what it could buy, sources say. “It’s hard for banks that are valued on tangible capital to do a deal where there’s intangible capital,” the PE source says. “That’s a hard thing for them to do. Not that they won’t or can’t.”

While it’s unclear what they could buy, payments remain one of the largest fintech sectors. Valuations this year have more than tripled. As of September 9, 114 payments transactions totaled $133.9 billion, according to Dealogic. That’s up from 86 transactions in 2018 that were valued at $42.2 billion.

Some think BofA and First Data will just continue working together. The firms will dissolve their JV but BofA will continue to use First Data as a venture for the foreseeable future. “Effectively they will rent the processing plant,” the VC says.