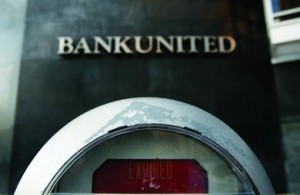 For many years the private equity industry has been unsuccessful in its attempt to acquire banks. Obstructed by regulators like the UK’s Financial Services Authority (FSA) and the US’s Federal Deposit Insurance Corporation (FDIC), governments were uncomfortable with the idea of private equity firms controlling such public institutions.

In 2009, regulators cannot afford to be so picky. The majority of banks are unable to lend, have balance sheets filled with toxic loans and the number of unhealthy banks outweighs the number of healthy ones. All of this has put private equity in a very powerful position.

According to Preqin, private equity firms are sitting on more than US$1trn in deployable capital, despite the slow pace of fund raising in the second half of 2008. In the US, the FDIC has already recognised the need to tap into this mound of cash and have fired up the bat signal in a desperate plea for help. The recent buyout of BankUnited, Florida’s largest independent bank, by a private equity consortium including Blackstone, WL Ross, the Carlyle Group and Centerbridge Partners is one of the first of its kind but is believed to be a marker of things to come.

Following FDIC approval, the consortium paid US$900m for the bank. Following this success, US private equity firms have been attempting to strike while the iron is hot, as rumours are circulating about other potential acquisitions, the most likely of which will involve Carlyle working with a consortium to acquire Silverton Bank in Atlanta, Georgia.

Across the Atlantic private equity firms are attempting to mimic deals like that of BankUnited, but with limited success. The first deal of its kind was that of Lone Star which acquired IKB Deutsche Industriebank in Germany. An extremely complex deal, those involved kept a low profile considering the groundbreaking nature of the buyout. The New York Times reported that the troubled lender was sold for a euro figure in the “low single-digit millions”.

Recently in the UK, London-based AnaCap Financial Partners bought out Ruffler, marking the first acquisition of a deposit-taking bank by a private equity firm after receiving approval from the FSA. AnaCap worked closely with the FSA to complete the deal and from doing so gained exclusivity and avoided an auction process. The transaction involves AnaCap investing £80m in the bank over the next few years, less than 10% of what was invested in BankUnited.

As all three of the aforementioned deals were approved by the national regulators of their respective countries, it would be fair to say that a successful acquisition of a bank requires government backing. “No private equity firm in their right mind would look at a deal without assurances from the government,” says Christine Anderson, a spokeswoman for private equity giant Blackstone.

But although IKB and Ruffler were success stories, many including AnaCap’s Finlay McFaden, who led the Ruffler acquisition, believe it was a one-off deal and that an acquisition on a similar scale to that of BankUnited cannot be done in the UK and Europe. “The problem is there are not that many banks for sale, and those that are require a lot of equity,” says McFaden. “Building societies in the UK are more difficult targets for private equity while savings and loan associations, rather than banks, are where private equity in the US is focusing right now,” says James Brocklebank, managing director of Advent International.

Backing up McFaden’s view is the Bank of Ireland case, which failed because it failed to achieve backing from the government. According to a source, the Mallabraca consortium, which included US funds Carlyle and KKR, overestimated how stuck for money the Irish government was. “In the US there are too many banks that need help so the FDIC gave BankUnited to private equity because it was a non-core bank. Ireland is different because it has only three large banks and the rest are small; it doesn’t really need private equity,” says the source.

So it seems for private equity firms to be successful in their bid for banks in Europe they must stick to non-core financial institutions, ensure they have court backing from the necessary regulators and take advantage of once in a lifetime deals like Ruffler. Taking over a bank is fraught with regulatory issues that are only going to get more complicated as time goes on.

The banking consolidation rules may be changed by the EU and if they are private equity firms could be forced to provide more capital. As Ian Shawyer, a partner at Travers Smith, observes: “Large asset buyouts involve a lot of leverage, which doesn’t sit well with governments. Two or three private equity firms joining together makes more sense because they can provide more equity.”