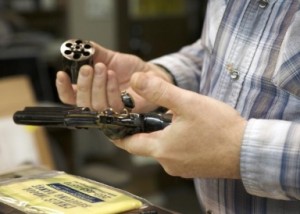 Colt will accept a loan of up to $75 million from its bondholders and other lenders to finance its operations while in bankruptcy. The company originally planned to borrow up to $20 million from its current lenders, including Morgan Stanley.

U.S. Bankruptcy Judge Laurie Silverstein in Wilmington, Delaware, allowed Colt to use some of that $20 million loan last week so the company had the cash to meet payroll.

Bondholders had argued the original loan set in motion an auction of its operations and that Colt’s current owner, private equity firm Sciens Capital Management, would end up winning the auction without bidding anything.

Sciens has proposed buying Colt along with all of its obligations, except for the $250 million in bonds.

As bondholders see it, Sciens has used its control of Colt to drain the company of much-needed cash and created the current need for a sale.

In addition, bondholders fear no one else will bid because Colt has not produced audited financial results since 2013 and may not be able to renew its lease on its main West Hartford, Connecticut, facilities.

The owner of that property is affiliated with Sciens, adding to bondholder fears that the private equity firm is angling to remain in control of the gunmaker.

Sciens declined to oppose the revised agreement between Colt and its bondholders at a hearing on Wednesday but the private equity firm could still challenge it, said its lawyer, Mark McDermott of Skadden, Arps, Slate and Meagher & Flom.

“We are now in a free-fall Chapter 11,” McDermott said, adding he is concerned Colt’s case could rattle the U.S. government and allied governments that buy the company’s firearms.