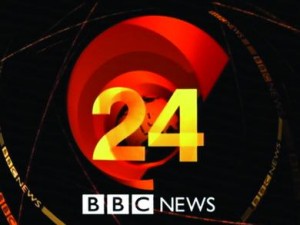 Two of the UK’s best-known private equity firms are potential partners for the ’s commercial arm, , as it looks for acquisition co-investors.

As unions go, the potential marriage of the BBC’s commercial arm and private equity is slightly less unexpected than that of Nicolas Sarkozy and French-Italian supermodel Carla Bruni, but slightly more likely to succeed than not-so-super model Heather Mills and Paul McCartney.

Reports of BBC Worldwide holding discussions with unnamed private equity groups both to source and co-fund acquisitions in media production, publishing and intellectual property (IP) are believed to be in response to a lower than expected licence fee settlement, agreed last year, which required greater financial returns while also putting constraints on BBC Worldwide extending its borrowing limit above £350m.

BBC Worldwide’s last major acquisition was a 75% stake in travel guidebook publisher for a reported £100m last year. More recently, it is believed to have shown interest in , an IP rights group with brands such as Postman Pat, Felix the Cat, The Lone Ranger and Casper the Friendly Ghost.

The tie-up would also make sense for private equity, which currently has its own market-induced constraints on borrowing. A similar deal occurred late last year when Apax Partners acquired Emap alongside Guardian Media Group. A focus on intellectual property brands also puts in the frame, as well as .

Apax bought , originally the international distribution arm of Jim Henson Products (maker of The Muppets and Sesame Street), in a £489.4m take-private in 2005. The business owns characters such as BBC stalwarts Bob the Builder, Thomas the Tank Engine and Pingu. A further link with the BBC is Greg Dyke, former director general, who sits on Apax’s media advisory board and was installed as chairman of HIT as part of the deal.

In 2006, HIT made a £144m approach for , another listed IP rights business, which owns the rights to literary works by Enid Blyton, Agatha Christie and Raymond Chandler, as well as children’s brands such as Noddy, The Famous Five and Mr Men. HIT eventually retracted its offer, allowing 3i to take the business private for £110m.

Since then, 3i has backed Chorion’s purchase of late last year, adding characters such as Beatrix Potter and Paddington Bear to its roster. Along with product company Carnival, the BBC is understood to have also looked at Chorion, which in turn is believed to have shown interest in Entertainment Rights.

There are bound to be critics of such a union, with concern that the state broadcaster is moving further away from its public remit, but there is also the possibility that the two could learn from one another: the unwieldy BBC could do with private equity’s discipline, while the latter could profit from the generally positive public image of the BBC – outside the UK at least. A corporate Catherine Zeta-Zones and Michael Douglas, if you will, for those who like happy endings.