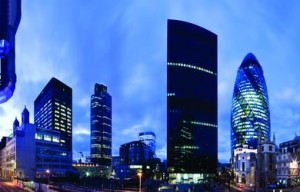 London-headquartered BC Partners is in pre-marketing mode for its ninth fund raising, which is likely to be in full swing by the middle of next year.

A spokesperson for the firm declined to comment on a target size. The firm raised over €5.5bn for its eighth fund, BC European Capital VIII, in 2005, which at the time made it the largest European buyout fund. Raised in less than five months, the fund was heavily oversubscribed. Investors in previous funds supplied 90% of the capital.

According to a BC Partners spokesperson, BC European Capital VIII is approximately 70% committed, with a current value of 1.2X invested capital, and two limited partners that spoke to EVCJ said the BC Partners portfolio looks to be in good shape. The fund’s most recent deal, the US acquisition of STI from Riverside and Primus Capital, was announced last month. Dallas-headquartered ATI operates 24 career training centres located in Texas, Florida, Oklahoma, Arizona and New Mexico, serving 15,000 students.

Still, BC Partners may not have quite as easy a time fund raising this time round. Last year, the firm lost its chairman, Jens Reidel, who had been with the firm since 1992. He was replaced by co-chairs Francesco Loredan, who is based in Geneva, and New York-based Raymond Svider.

According to one investor, BC Partners has also in the past relied on some big-ticket investors, who this time may not re-up. And so in addition to tough market conditions the team may have the added complexity of attracting a new investor base to the fund.

This may be a challenge that others going out to fund raise may also face, according to Coller Capital’s latest Global Private Equity Barometer Winter 2009-2010, which reveals over three-quarters of the 108 limited partners surveyed will refuse re-ups for new funds in 2010 due to concerns about inadequate GP reporting, fund terms and conditions and perceived conflicts of interest.