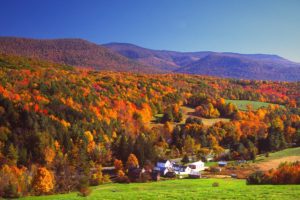 While GP-led deals are all the rage in secondaries these days, one type of deal that has faded out from prominence is the tender offer plus staple.

In a tender offer, LPs are offered the option to sell their stakes in a fund at a pre-arranged price set by the GP and a buyer or buyers. Existing LPs in the fund can choose to either sell or do nothing. As part of the tender offer process, the buyer can also agree to provide a slug of fresh capital in the GP’s new fund, known as a staple.

Tenders plus staples are sometimes viewed as inherently conflicted, because the GP is likely to choose a buyer that is willing to provide a staple, but whose price for which they will buy LP interests may not be the highest. That has led some secondaries advisers and buyers to skip such situations altogether.

However, tender offers are a way for a GP to give existing LPs liquidity optionality while also providing a surge to a new fund trying to hit its target.

A prominent tender offer plus staple currently in the market is being run by Berkshire Partners, which has offered LPs in its eighth and ninth funds the chance to cash out, according to three sources with knowledge of the process.

The staple portion of the process would go into Berkshire’s tenth fund, which has been in the market since last August targeting $6.5 billion, according to a Form D fundraising document and sources who know the firm. Fund X had raised about $2.6 billion as of November, the Form D said.

It’s not clear what buyer Berkshire lined up as part of the tender offer process. Evercore is working as secondaries adviser on the deal. A spokesperson with Berkshire declined to comment.

The tender plus staple deal is sometimes used by GPs whose fundraisings are proceeding at a slower pace than expected, as a way to give the fundraising process a boost. However, that’s not always the case, sources said.

“Good GPs do it too,” said one secondaries buyer. The reasons behind Berkshire’s use of the secondary are not clear.

Fund VIII was generating a 16.1 percent net internal rate of return and a 1.7x multiple as of Dec. 31, according to information from the Florida State Board of Administration. Fund IX was producing a 22.3 percent IRR and a 1.24x multiple, Florida SBA said.

Tender offers represented only about 10 percent of the overall volume of GP-led deal flow last year, which totaled around $32 billion in 2020, or 53 percent of overall secondaries deal activity, according to Evercore’s full-year 2020 volume report.

One of the major challenges in a tender offer is actually getting existing LPs to sell. Last year, only about 27 percent of LPs chose to take liquidity in tender offer processes, according to Evercore’s report. Low LP uptake on a tender process can derail the deal because the buyer may not see any point in transacting.

Last year, Crestview Partners was forced to transact a much smaller tender offer plus staple deal than planned after one of the buyers had to bail out because of regulatory concerns involving the Jones Act. The deal, which was launched into market in 2019, originally would have included Funds II and III, but ended up only focusing on Fund III.