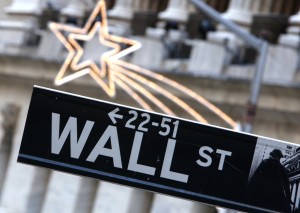 After a mostly non-stop bull run in the market dating back to 2009, stocks have pulled back sharply on jitters over China’s economic slowdown and other reasons.

The current environment may make it more difficult to float IPOs. But on the plus side, it may make companies more affordable for sponsors wading into choppier deal waters. Buyout pros were already stepping gingerly in the face of lofty purchase price multiples.

Bill Tyson, senior managing director and co-head of equity investment banking at BB&T Capital Markets, said he hasn’t heard of any of his clients scrapping acquisitions at this point. Meanwhile, the bulk of the sell-off has taken place during a seasonal summer lull in the new issues market.

“It’s too early to tell [if IPOs are off the table], but experience would teach that it clearly would throw a little bit of a wet blanket on the new issues market,” Tyson said. “It won’t kill the market by any stretch, but it will certainly cause some pause.”

Volatility in equities removes predictability craved by sponsors to plan IPOs and other transactions, he said. While lower stock prices could lead to more favorable buyout valuations, Tyson isn’t predicting a quick shopping spree from sponsors.

“The immediate reaction will be to be more cautious,” he said. “The first thing people will want to know is if there’s some fundamental change in the market. If not, it may just be some frothiness leaving the market. It’s been a number of years since we’ve seen a pullback. In the long term, these types of moves are kind of healthy.”

The sentiment of a correction rather than a bear market echoed on Wall Street on August 25, the day after a bruising two-day selloff that included an intraday 1000-point drop by the Dow Jones Industrial Average early on August 24.

Goldman Sachs strategists, led by Peter Oppenheimer, kept their overweight rating on developed market equities and commodities over the next six to 12 months in a widely quoted research note. “We remain of the view that a global recession is very unlikely,” the strategists said.

John Fitzgibbon of IPOscoop.com said IPOs typically go into hibernation when the stock market takes a dive. Few IPOs had been on the calendar prior to the sell-off, however.

“It can take about three to six weeks for the IPO calendar to come back to life after a stock market bottom has been reached,” Fitzgibbon said. “For now, it’s a waiting game.”

“Private equity sales are a function of credit markets for the debt side,” Morris said in an email to Buyouts. “Buyout multiples could be dampened if public multiples decline. More important will be the magnitude of debt skittishness derived from the equity decline.”

Among IPOs waiting in the wings, Petco Holdings Inc, backed by TPG Capital and Leonard Green, filed to go public in August, among others.

Among mega firms, Blackstone Group sold public shares of Hilton, Nielsen, Catalent and Pinnacle Foods in the second quarter alone. Any pullback in the IPO market could bleed through to similar stock offerings in the future.

Sponsors have already been treading cautiously in M&A anyway in the face of high deal prices, uncertainties in Greece, fluctuations in Chinese stocks and hefty leverage in deals. But big buyout firms are sitting on record amounts of dry powder, which they may use if prices fall.

“We believe current conditions will serve as catalysts for the next round of buying opportunities,” Carlyle Group Co-CEO Bill Conway said on July 29. “While we cannot predict when or how these opportunities will present themselves, the breadth of our platform and our dry powder positions us to take advantage when the time comes.”

(Correction: This story has been updated to fix an incorrect first name for Rob Morris of Olympus Partners.)