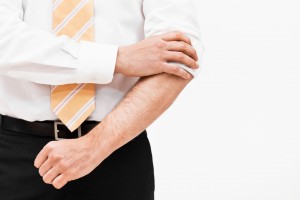 A seismic shift in the deal environment continued in the first quarter from the back half of 2015. Exits and stock sales proved more difficult or impossible as equity and credit markets soured. The tap of stock sales and initial public offerings dried up from a year ago. Tighter credit conditions shut off the spigot for quick dividend recaps and M&A deals.

Markets sold off sharply on economic jitters regarding U.S. economic growth, fears of waning China growth and worries that commodity deflation would metastasize.

But by March, markets reversed course and moved back up after the Federal Reserve signaled less aggressive interest rate hikes, stimulus measures by China, rising commodity prices and other actions by central bankers around the globe.

Through this roller-coaster ride, private equity firms worked hard to put their money into deals.

Blackstone Group led the pack with $6.7 billion in capital deployed globally in the quarter, including $2 billion at its private equity unit. (See: Big PE Funds Deploy $17 bln in Q1 2016)

“We are raising so much capital from our LPs because we are simultaneously able to find attractive opportunities to deploy it,” Blackstone Chief Executive Stephen Schwarzman said April 21.

For a brief period, loan volumes at the firm’s GSO credit unit fell, with fewer opportunities to finance acquisitions. Since then, market conditions have improved, leaving a rich pipeline of deals for GSO, said Michael Chae, Blackstone’s chief financial officer, on April 21.

Oaktree trades in and out

Credit distress specialist Oaktree put about $2 billion to work in the quarter, including about 15 percent, or $450 million, of its $3 billion flagship fund, Oaktree Opportunities Fund Xa.

In March, when credit markets snapped back, “we took advantage of this market strength to realize a few holdings and recycle proceeds,” Karsh said. “It is not exactly our standard game plan, but, as always, we try to be opportunistic.”

Carlyle Group said during its quarterly earnings call in April that it invested about $2 billion in the first quarter.

Among those, it completed its $7.4 billion acquisition of Veritas Holdings; and four transactions in Europe, including buyouts of Hunkemoller in the Netherlands, Comdata in Italy, Saverglass in France and TestPlant Ltd in the UK.

“Across the entire capital structure, opportunities for investments are increasing and improving,” Conway said. “We have teams totaling 65 investment professionals working to invest our available committed capital for energy of about $12 billion now.”

Co-CEO David Rubenstein said the firm’s been beefing up its European real estate deal team under Adam Metz, managing director, who joined the firm in late 2013 from TPG Capital.

“We do think the European real estate is a very attractive area and we intend to be a participant,” Rubenstein said on April 27.

KKR invested $2 billion of capital in private markets, up 47 percent from the fourth quarter, said Scott Nuttall, global head of capital and asset management at the firm.

“As we realized investments … we redeployed capital to seed new product offerings from the firm,” Nutall said.

“In addition to changes in our credit book, we have also been reducing our exposure to other legacy assets and redeploying the proceeds into our own funds and strategic initiatives, both seeding new businesses like growth equity and real estate credit and making strategic investments.”

Of the $2.2 billion in capital deployed in the quarter, Apollo said it invested $501 million in private equity, primarily in distressed debt investments and follow-on investments for energy-related build-outs.

“It was one of our busiest capital deployment quarters ever,” Josh Harris, Apollo co-founder and senior managing director, said on May 5.

Including the May 2 close of its $7 billion acquisition of security specialist ADT as one of the largest deals in the past year, Apollo has reached 50 percent deployment of its flagship Apollo Investment Fund VIII, which wrapped up fundraising in late 2013 with $18.4 billion. The fund will soon generate carried interest, he said.

“Contrary to what some may think when traditional sources of capital in the financing market seize up, this could actually work to our advantage,” Harris said. “While it may be more difficult to get transactions over the finish line, it can lead to more attractive outcomes.”