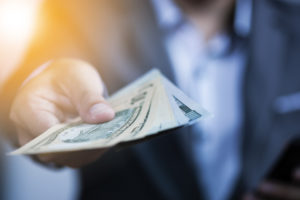 EW’s process is an example of BlackRock’s secondaries focus, which is in the middle market. BlackRock had raised about $2 billion as of December, including $1.6 billion for BlackRock Secondaries & Liquidity Solutions and $400 million for co-investments, Secondaries Investor previously reported.

While BlackRock led the deal, it also includes a group of additional investors, EW Healthcare said in a statement. Total value of the deal was in the range of $300 million to $500 million, one of the sources said. A Form D filed in January for the continuation fund stated a target of $301.3 million that did not disclose how much had been raised.

EW Healthcare and BlackRock declined to comment further about the deal.

EW Healthcare, formerly known as Essex Woodlands, was formed in 1985 and has raised around $3 billion to date. The firm invests in pharmaceuticals, medical devices, tech-enabled healthcare services and healthcare IT, according to its Form ADV.

EW created Bioventus in 2012 by leading the spin off of the clinical therapies division of Smith & Nephew. EW Healthcare raised $745 million for EW Healthcare Partners Fund 2a in 2019 and $200 million for Essex Woodlands Fund IX in 2016.

EW’s process was a quieter process in the secondaries market. It was indicative of the kind of work that happens out of the spotlight, which is mostly trained on the big headline-grabbing deals done by high-profile firms like Leonard Green, New Mountain and TPG.

Mid-market secondaries deals tend to get done with much fanfare or press outside of the participating investors and GP. But they are part of the flow of transactions that is helping to grow the secondaries market into record volume levels in recent years.

Last year saw a dip in deal volume because of the coronavirus lockdown, but still total volume was estimated around $60 billion, versus a record high of $80 billion in 2019, according to Evercore’s full-year volume report. GP-led deals represented about 53 percent of the total deal volume last year (or around $32 billion), Evercore estimated.