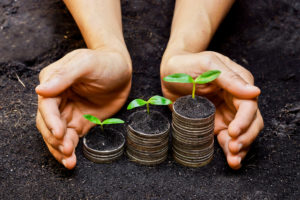 Inovia Capital, a tech-and-growth focused shop in Canada, completed a wide-ranging process to move numerous investments out of older funds into a continuation pool for more time to grow the assets, the firm confirmed for Buyouts.

The secondary is the first for Inovia, and represents a rare instance of not only a large continuation fund process in Canada, but one that involves VC assets as well. Continuation fund deals are more common in the buyout world and less used in venture.

The total value of the deal, that included nine assets primarily from Inovia’s 2007 and 2011 funds, tallied at around $334 million. The deal also had a cross-fund element: Inovia’s debut growth fund, which closed in 2019, co-invested into three of the assets, AlayaCare, AppDirect and Snapcommerce, the firm said in an announcement.

Lead investors on the deal were BlackRock and HarbourVest Partners, with participation from existing Inovia LPs NorthLeaf and Kensington, as well as new investor Hollyport Capital. Credit Suisse worked as secondaries adviser on the process.

Part of the rationale of the deal was for Inovia to form relationships with new LPs, as well as to find a way to hold certain assets longer than allowed under traditional fund structures, Arsenault said.

“This is the first continuation fund that allows us to play a longer-term role with a handful of portfolio companies that we believe can generate substantial returns over time,” Arsenault said. “Having that type of leeway to build value over time is extremely important to us.”

The deal also includes a slice of staple capital that will allow for future follow-on investments or future secondary purchases in the companies, Arsenault said. The continuation fund has a term from three-to-five years, and includes other market terms, he said.

Along with the three co-investment assets, the other investments involved in the deal were Bench Accounting, Clearco, Top Hat, TrackTik, TripleLift and Vidyard.

Secondaries volume in the first half was estimated at around $50 billion, according to Campbell Lutyens’ half-year volume report. GP-led deals accounted for around 55 percent of total volume, the report said.