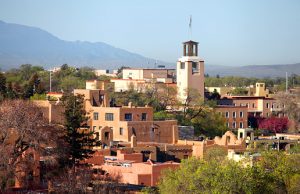 Blackstone has received a lift on its latest energy fund after New Mexico State Investment Council doubled down on its commitment to the leading asset-management company.

In the meeting, presided over by New Mexico Gov. Susana Martinez, the council voted to commit $50 million to Blackstone Energy Partners III. Investment staff used its own discretion to commit another $50 million, for a total of $100 million.

Blackstone set out to raise $4.5 billion for its third energy fund in May, according to Bloomberg.

It is still too early to give a definitive answer on how the first two funds are performing. But New Jersey Division of Investment reported that as of December 2017 Blackstone Energy Partners I had generated an investment multiple of 1.42x and the successor, 1.15x.

These numbers look promising at a time when fund managers have had to navigate a particularly volatile period in the oil-and-gas market.

The team, headed by Senior Managing Director David Foley, has pursued a strategy of refinancing, buying up and investing in oil companies with high levels of distressed assets and debt.

When the OPEC nations decided to cut production by 4.6 percent in late 2016, Foley told Bloomberg TV that Blackstone had not come under pressure to sell, given its preference for “buying very high-quality, low-break-even, and long-lived assets.”

Last week, Blackstone published a blog post outlining the firm’s bullish stance on oil prices. Its author, the investment strategist Joe Zidle, cited OPEC’s recent agreement to increase oil production as one of the reasons behind the optimistic outlook.

“With a degree of uncertainty removed, the market can now focus on demand,” he said.  Zidle is a managing director in the private wealth solutions group.

Traditionally, Blackstone has done almost all of its private equity investing through its core Blackstone Capital Partners funds.

But in recent years, the firm has introduced its family of energy buyouts funds, and last week, Buyouts reported that the firm plans to launch a life sciences fund later this year.