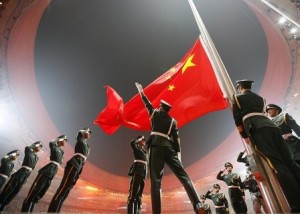 Zhang, who mostly recently served as the co-chief executive officer for Greater China at Credit Suisse, will help Blackstone to expand its presence in the region, according to the announcement.

“Liping Zhang is one of the preeminent figures in finance in China, and his appointment underscores the strategic importance of Greater China to Blackstone,” Stephen A. Schwarzman, CEO and co-founder of Blackstone said in the announcement. “With his public and private sector experience across the region, Liping possesses a unique perspective and deep knowledge of the market that will serve us well as we seek to build further upon our leading presence and relationships in the region.”

Zhang’s addition to Blackstone’s team comes at a time when private equity-backed M&A in Asia ex-Japan surged about 58 percent to $42.2 billion in the first-half of 2015, according to Thomson Reuters data.

That’s the best start to a year on record and China accounted for 71 percent of the deals, despite concerns about its slowing economy.

Schwarzman, a well regarded Wall Street dealmaker, is deepening his China ties and in 2013 donated $100 million to a scholarship fund at Tsinghua University in 2013, in one of the largest globally funded philanthropic project in country’s history.

Tsinghua University has trained many of China’s top technocrats, including President Xi Jinping.

Zhang sent an email on July 3 saying he was leaving Credit Suisse to join an unidentified client, Reuters previously reported.

Credit Suisse did not reply to an email seeking comments.

(Reporting by Nishant Kumar in London and Fiona Lau of IFR in Hong Kong; Additional reporting by Denny Thomas and Elzio Barreto)