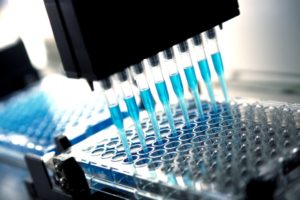 Blackstone Group recruited a major pension investor into its new life sciences strategy that has collected $3.44 billion so far.

Teacher Retirement System of Texas committed $75 million to Blackstone Life Sciences V on Dec. 31, which a Form D fundraising document and a person with knowledge of the firm said has a $4.58 billion hard cap.

The fund was launched after Blackstone’s 2018 acquisition of Clarus, a firm that focused on funding growth-stage investments in the health care industry.

The firm had focused on the “biopharmaceutical, medical device and diagnostic sectors, across multiple disease areas,” according to Blackstone’s website. Now known as Blackstone Life Sciences, the firm is run by Nicholas Galakatos, who co-founded Clarus in 2005 and joined Blackstone as part of the acquisition.

Before the Blackstone acquisition, Clarus closed its fourth fund, Clarus IV, at $910 million in 2017.