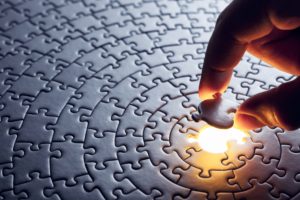 The fund is targeting $4 billion, a person with knowledge of the matter told Buyouts. Blackstone has the option to go higher, the person said.

Fund II signed on 57 investors, according to the Form Ds. Disclosed limited partners include State of Michigan Retirement Systems, which committed $250 million to the main fund and another $100 million to a separate account for co-investing.

It is not known if Alaska Permanent Fund is investing. Alaska provided a weighty $500 million commitment to Fund I, along with another $500 million for a co-investment sidecar.

Managers sell pieces of themselves to GP stakes funds to bolster their balance sheets and finance top priorities, such as GP commitments to new offerings, strategic growth initiatives and successions. They also gain a hands-off, value-adding partner with a long investment horizon.

Blackstone has to date acquired interests in several brand-name shops located in North America, Europe and Asia. They include BC Partners, which in 2019 sold a 10-15 percent position, according to various media reports. The deal enabled GP commitments across PE, private debt and real estate strategies, Private Equity International reported.

Two years ago, Blackstone also acquired a less-than-10-percent interest in New Mountain Capital, which among other things may have supported a succession. In July, Buyouts reported that CEO Steve Klinsky cut his 100 percent ownership, with Blackstone and managing directors picking up a one-third share.

Intensive deal-making since 2014 has sparked debate about how much opportunity remains in the GP stakes market. In a December interview with Buyouts, Dyal head Michael Rees said “there are still a lot of great firms that don’t have partners,” especially outside of North America.

In addition, the universe of managers is always expanding, Rees said, as mid-sized firms become large firms through step-ups between offerings. “The pond grows slowly, but it grows,” he said.

Dyal wrapped up a fourth GP stakes fund last year, collecting $9 billion-plus. It is in talks with LPs about unveiling a fifth offering with a target of at least $9 billion, Bloomberg recently reported.

Blackstone’s Strategic Capital, part of the $76 billion Blackstone Alternative Asset Management, is led by senior managing director Scott Soussa. Joining the firm in 2003, Soussa was previously head of due diligence in the hedge fund solutions group.