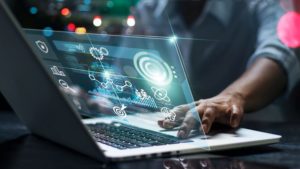 Private equity giant Blackstone is assembling a deal team in Silicon Valley as a correction in listed tech values continues to ripple through private markets.

The seven-person group, part of Blackstone’s $127 billion corporate PE business, will be headed by senior managing director Sachin Bavishi, who is relocating to San Francisco from the firm’s New York headquarters.

Bavishi, one of the point men on several of Blackstone’s best-known tech investments – among them Ancestry, Bumble, Liftoff and Simpli.fi – joined in 2013 from Olympus Partners, where he was an associate. Before, he worked as an investment banking analyst with Piper Jaffray.

Bavishi is a “star investor for us,” Martin Brand, head of North America private equity and global co-head of technology investing, told Buyouts.

Blackstone’s launch of a Silicon Valley team comes as GPs brace for the impact of the tech wreck on Wall Street. Long viewed as overvalued, tech stocks have plummeted this year with rising economic uncertainty and volatility. In the first half, the Nasdaq Composite registered a drop of about 28 percent.

Spurred by historic digitalization trends, PE dealmaking has in recent years made high-growth tech sectors a singular focus. Because of this, the correction in listed tech values, together with over-arching macro factors, is expected to be widely felt across investing and portfolios in the months ahead.

The West Coast move, which will put Blackstone in closer touch with key Silicon Valley players, is intended in part to anticipate these events.

“Private markets will ultimately follow the lead of public markets,” Bavishi told Buyouts. “It creates an interesting environment for us, an environment that for deploying capital is more favorable than it was in 2021.”

Blackstone sees emerging opportunities as resulting from “dislocation,” Bavishi said. “We don’t think the tech sector is broken.” On the contrary, he said, there is a large population of category-leading software brands that will be more accessible than they were last year, when “euphoric valuation levels” were the norm.

Brand agreed, saying today’s situation is very different from the dot-com crash of roughly two decades ago. Current multiples, he said, “are not much lower” relative to the period before last year, which was “an aberration.”

Blackstone’s flagship PE funds have invested almost $12 billion in tech sectors over the past five years, the bulk of it prior to 2021. The firm’s experience in tech investing in both good times and bad, together with its operational capabilities, will be “impactful” for companies navigating challenges, Bavishi said.

Along with tapping into dislocation opportunities, a West Coast presence will facilitate a “doubling-down on our commitment to the tech sector for the long-term,” Bavishi said.

Blackstone has of late done deals mostly in the adtech, consumer internet, edtech and fintech sectors. The Silicon Valley team, he said, will “expand the aperture,” giving more emphasis to themes in spaces like customer engagement, e-commerce, sales management and supply chains.

Blackstone has more than 70 employees in its San Francisco office working across multiple strategies, among them growth equity, life sciences, private debt, secondaries and tactical opportunities.