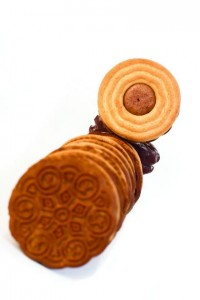 Cinven and MidOcean Partners have more than doubled their investment in United Biscuits (UB), the UK biscuits and snack food producer, following the €2.4bn sale to Blackstone and PAI.

The sale generated a 2.2 return more the six years after the business was acquired in a €2.9bn public to private transaction by Finalrealm, a consortium comprising Cinven, PAI, DB Capital Partners (later MidOcean) and US food group Kraft. Under the new equity split PAI will increase its 40% stake to around 50%, with Blackstone taking a similar percentage.

Following the in April 2000 acquisition, the company embarked on strategy to refocus its business on its core Western European market. This involved an acquisition policy that saw it acquire Jacob’s Biscuit Group and Trifuno in 2004. It also sold its businesses in China, Hong Kong and Taiwan to Nabisco (which is owned by Kraft), and its operations in Scandinavia, Eastern Europe, Italy and Malaysia along with certain lines of savoury products in the United Kingdom, which were acquired by Danone.

Kraft sold its 25% stake in UB in July 2006 this year as part of a deal which saw the US good giant buy UB’s Iberian operations for around €410m. This left PAI and Cinven each with a 40% holding, and MidOcean with 20%.

At the beginning of the year Kraft was itself close to launching a bid for a controlling stake in UB as part of a consortium with Premier Foods; reports suggesting a bid of over €3bn. Premier returned to fold when the company was put up for auction, but subsequently withdrew from the race, leaving Blackstone with a clear run.

Yagnish Chotai, a partner at Cinven, said: “United Biscuits has successfully dealt with a number of challenges during our period of ownership and we have worked closely with the management team to focus the business on core brands, accretive strategic acquisitions and meeting the challenges of evolving consumer tastes. We wish the business well for the future.”