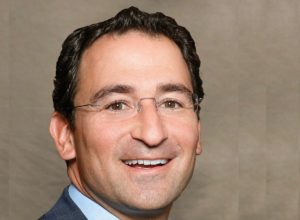 Blackstone Group’s secondaries business has grown around five-fold since the firm bought the business from Credit Suisse in 2013.

And with secondaries growing in parallel with the expanding alternative investment universe, Blackstone will likely launch its next secondaries flagship fund in 2021, according to Blackstone president Jonathan Gray on the firm’s third-quarter earnings call Wednesday.

Blackstone reported performance of the secondaries business, called Strategic Partners, which lags by two quarters, was down 13 percent. That performance reflects the environment of the first quarter, Gray said.

“We have a high degree of confidence about what they’ll be reporting over the next quarter or two,” Gray said on the earnings call.

The secondaries business has a lot of room to grow, he said. Alternatives has more than $6 trillion in assets under management, and only about $100 billion of that trades hands in secondaries, Gray said. The firm expanded its secondaries business into real estate and infrastructure over the years. “There are needs for liquidity … yet this business does not have that many scale players,” he said.

A Blackstone spokeswoman declined to provide details about the next secondaries flagship fundraising. The firm closed Strategic Partners Fund VIII on $11 billion last year. That compares to Lexington Capital Partners, which closed its ninth fund on $14 billion in January.

Secondaries fundraising broke records so far this year, with secondaries funds that held final closes during the first three quarters of 2020 bringing in $59.7 billion, according to PEI data. The average fund close was $1.7 billion, the first time this figure has exceeded $1 billion, Buyouts sister publication Secondaries Investor wrote.