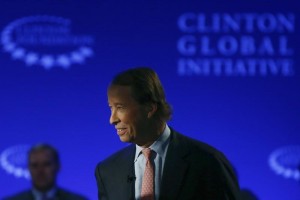 Tony James, Blackstone’s president, said on an earnings call Thursday the firm has moved to what’s known as a 100 percent deal fee offset in Fund VII. Under this structure, the GP will use 100 percent of any fees it collects for closing an acquisition or for monitoring existing portfolio companies to pay down its investors’ management fees.

Blackstone has gradually been sharing more of its deal and monitoring fees with LPs in past funds, James said. “We changed the structure of them and the sharing of them with LPs in our new funds,” James said.

James described the move to 100 percent offset as a long-standing trend and a response to requests from limited partners. Blackstone shared 65 percent of monitoring and deal fees with limited partners in its $16 billion Fund VI, according to pension documents from the New Jersey Division of Investment.

Other shops have also gradually moved to sharing more of their deal and monitoring fees with LPs. Kohlberg Kravis Roberts offers a choice to share 80 percent or 100 percent of transaction fees with LPs in its most recent flagship vehicle, North America Fund XI, which closed on $9 billion in 2013. Apollo Global Management moved to a 100 percent transaction fee offset in its more than $18 billion Fund VIII.

Kelso & Co, which is in the market targeting $2.5 billion for its ninth fund, will offset the management fee using 100 percent of all transaction, investment banking, break-up, monitoring and directors’ fees, as well as all placement agent fees and organizational expenses, Buyouts reported previously.

Blackstone Capital Partners Fund VII is officially in the market, along with the firm’s seventh real estate fund, targeting $13 billion, James said on the earnings call.

Fund VII is targeting $16 billion and will likely raise more, James said. “We’re very pleased with the initial interest we’re seeing for both funds… We expect both to exceed the size the predecessor vehicles,” he said.

As previously reported by Buyouts, Blackstone also is raising its second Tactical Opportunities Fund, which is targeting between $7 billion and $8 billion, and the firm recently closed its second energy fund on $4.5 billion, according to the New York Times.

Overall, Blackstone raised about $57 billion from investors in 2014 across platforms and has about $46.1 billion of undrawn capital, according to the earnings report.

Clarification: This story has been updated to reflect KKR offers a choice to share 80 percent or 100 percent of transaction fees with LPs in North America Fund XI.