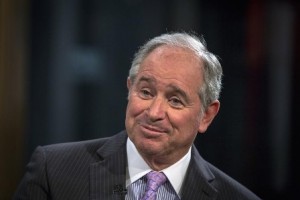 For the second quarter in a row, private equity overtook real estate as Blackstone’s biggest earnings driver, thanks to the sale of shares in companies such as Catalent Inc, Pinnacle Foods and Michaels Companies Inc.

Blackstone said economic net income (ENI), a metric of its profitability that takes into account the mark-to-market valuation of its portfolio, was $1.62 billion in the quarter, up 99 percent from a year ago.

This translated into ENI per share of $1.37. The average forecast by analysts in a Thomson Reuters poll was $1.04 per share.

“The marks were a bit better than we were expecting during the quarter, and that drove the performance fees higher than what we were looking for,” said Sandler O’Neill + Partners LP equity analyst Michael Kim.

Private equity contributed $829.2 million towards Blackstone ENI, versus $638.3 million coming from real estate. ENI in Blackstone’s credit investment unit was down 3 percent to $78.4 million, while its hedge fund investing unit reported a 22 percent drop in ENI to $88.3 million.

Blackstone’s private equity funds appreciated 6.4 percent in the quarter, while its real estate funds rose in value by 8.2 percent.

Distributable earnings, which show actual cash that is available to pay dividends, rose 159 percent in the first quarter to $1.24 billion.

Blackstone declared a quarterly distribution of 89 cents per common unit.