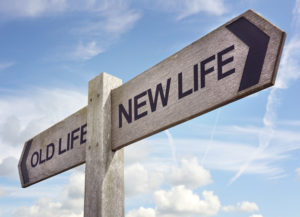 Blackstone Group’s plans to allow investors in an older credit fund to cash out of their stakes won’t move forward until new federal reimbursement rates are set in place next year, which could impact the largest company in the process, three sources told Buyouts.

Blackstone’s credit group GSO Capital is working with Houlihan Lokey to create a new fund to house assets from GSO Special Situations Fund, a $3 billion distressed-focused hedge fund the group launched in 2005. The process also could involve small exposure to some other funds, Buyouts previously reported.

The fund restructuring is one of several options the team is exploring to wind down the older fund, according to a person with knowledge of the situation. Outside of a secondary process, the group could simply allow the portfolio to wind down naturally, the person said.

First round bids to buy the assets out of the older funds were due in late July, sources said. It’s not clear if that happened or if a buyer has emerged. The total value of the deal was expected to fall in the range of $500 million to $1 billion, sources previously said.

Like other fund restructurings, LPs in GSO Special Situations Fund would be able to sell or roll their interests into the newly created vehicle. Assets from the older fund are primarily credit investments restructured into equity stakes in companies, sources said in previous interviews.

The largest company in the process, called Sorenson Communications, provides video communication technology to people who are deaf or hard of hearing.

The service is provided free of charge to those who qualify, with Sorenson being reimbursed through the Federal Communications Commission. The FCC sets reimbursement rates, which will happen again in the first quarter, sources told Buyouts.

Sorenson filed for bankruptcy protection in 2014 after the FCC in 2010 reduced rates and increased minimum performance requirements for video conferencing services, Reuters reported at the time. The reduction made it impossible for the company to continue providing its services over the long term, Reuters said.

The uncertainty around the resetting rates makes it tough for potential buyers on the secondary deal to price it accurately, one of the sources, a buyer in the market, told Buyouts.

“It made it sort of impossible for anyone to make a decision,” the buyer said. Another buyer said, “until you find out that rate, it’s hard to price the company today.”

Blackstone decided to wind down the Special Situations fund in 2017 and move investor capital into lock-up funds, Bloomberg reported at the time. The fund focused on an event-driven strategy across long/short high yield, distressed and capital structure arbitrage, an investment memo from the New Jersey Division of Investment said. The fund focused on middle-market companies in stressed and distressed situations ripe for an activist role, the memo said.

Unlike private equity funds, hedge funds do not lock up investor capital for a decade or more, so assets under management fluctuate as investors contribute or periodically redeem investments. The New Jersey investment memo said the Special Situations fund was targeting $3.5 billion.