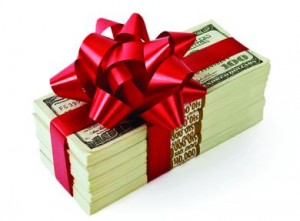 In findings that support anecdotal evidence and market gossip, banks have been keen to ensure that the pain caused by a limited number of divisions has not generally spilled over into other areas.

“Following on from a record bonus round in 2006/2007, speculation surrounding this year’s bonuses was enormous, particularly given the significant volume of write-downs by banks in the last quarter of the year,” said Robert Thesiger, CEO of ‘s parent company, Imprint.

“Putting the impact of the credit crunch aside, 2007 was still a strong year for financial services, and for the majority, bonus payouts in middle and back office functions appear to reflect this.”

According to the study, 80% of financial services professionals in London received a similar or higher bonus than in 2006. Some 71% of the firms surveyed by Morgan McKinley reported that their bonus pots were similar or larger than the previous year.

“London’s financial institutions look to have managed bonus expectations well, with 70% of employees claiming their bonus this year either matched or exceeded their expectations,” added the report.

The survey, which was conducted in early February, comes amid a period when banks are taking a more cautious approach to hiring. New job numbers were down 20% in January compared to the same period in 2006.

However, Morgan McKinley said that bankers’ traditional season of job-hunting has started earlier than usual, with the number of new candidates up 11% in January in comparison to 2006, pushing the number of candidates above that of new job openings.