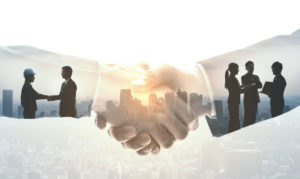 Bookend Capital Partners attracted a commitment from at least one major pension for its debut fund, Buyouts has learned.

The State of Wisconsin Investment Board committed $50 million to Bookend Capital I in the second quarter of 2019, according to meeting materials. The money is from the $103.3 billion Core Trust Fund for the Wisconsin Retirement System.

A source told PE HUB in June that the fund’s strategy is to make “controlled buyouts in product companies and related distribution companies in the professional, industrial and consumer markets.” Wisconsin’s meeting materials said it would be dedicated to small buyouts.

New York City-based Bookend Capital was founded in 2015 by Alexander Panos, a former general partner and managing director at TSG Consumer Partners, according to PE HUB. Before launching its fund, it focused on providing $5 million to $30 million investments in food, beverage, beauty and apparel companies with revenues between $10 million to $80 million. In 2016, it took a minority equity position in Centric Digital.