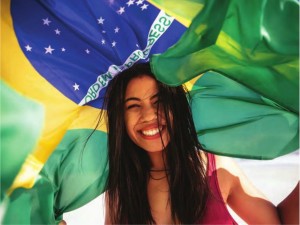 When Brazil’s economy took a turn for the worse around 2013, BR Partners began to shift focus from equities to fixed income and structured products, managing directors Andrea Pinheiro and José Flávio Ramos said in an interview. As a niche advisor, BR Partners is also keeping a lid on costs, helping the firm stay profitable in the six segments it operates.

With demand for investment banking services slumping as Brazil braces for two straight years of recession for the first time since the 1930s, the relationships that Lacerda, Pinheiro and Ramos built at larger banks helped BR Partners win M&A mandates that have gradually generated a bigger private equity, fund management and sales and trading deal flow for the firm.

“In this current market situation, you have to take a rather careful look at your cost structure,” Pinheiro told Reuters last week. “We believe this crisis could stay around for a while.”

Still, economic and political turmoil drove domestic M&A activity this year to the lowest in a decade. While major banks are seeking top-notch deals as a springboard to selling loans, derivatives and other products, BR Partners is moving toward increasingly offering tailor-made advisory services.

The underwriting of structured derivatives tripled this year, reflecting BR Partners’ efforts to help clients get financing at a time when bank credit is stagnant, Ramos said.

“Our main challenge is to escalate the other businesses to the same level of our M&A franchise,” Lacerda said in the same interview.

Both the capital as well as the client funds managed by BR Partners have no exposure to currencies other than the Brazilian real BRBY, which is down 26 percent this year against the U.S. dollar.

The recent decision to close the equity brokerage unit, which led to the departure of some 10 employees, will only impact results next year, Pinheiro said. The move trimmed BR Partners’ roster to about 100 people.