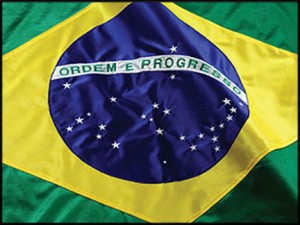 The São Paulo-based buyout shop that’s 40 percent owned by The Blackstone Group sees enough moneymaking potential to launch its fifth Brazil fund this year. Its target is $1.5 billion, according to a source familiar with the firm.

And many private equity firms share Patria’s bullish view. Advent International, a long-time player in Brazil, plans to launch a new $1 billion fund aimed at the region, according to  reports. Leading LP and direct investor Canada Pension Plan Investment Board and investment banker Greenhill & Co are adding staff in Brazil in anticipation of more deals there.

On the other hand, Kohlberg Kravis Roberts & Co., EIG and Olympus Partners appear more neutral, if still optimistic about Brazil. None has plans for any big hiring spree there. But they’re weighing acquisitions or investments. Emerging markets specialist Rohatyn Group has not made any buyouts in Brazil, but it has its eye on the market. Meantime, London-based 3i Group has said it’s not planning any new deals there and may scale back.

With a population of more than 200 million, a GDP of $2.3 trillion, and a relatively young population, Brazil attracted about $18 billion in investment from buyout and venture capital firms between 2008 and 2012, with most of the money coming from buyout sponsors, according to estimates from the Latin American Private Equity & Venture Capital Association.

But Brazil now finds itself as one of the so-called “fragile five” facing currency pressure in part from the U.S. Federal Reserve’s tapering of its bond-buying program, in part from its reliance on foreign capital and in part from inflation concerns. These worries have caused Brazilian equities to sell off this year, prompting some long-term investors to pull their money out.

Wall Street isn’t exactly sounding a green light at the moment. Morgan Stanley currency analysts last month said Brazil’s steep interest rate hikes since last April could help raise competitiveness if they lead to lower wage growth. But the question remains over whether “an orderly slowdown, or more disorderly unwind” takes place there. Brazil was one of four countries in emerging markets most at risk of a “sudden stop,” they noted.

In a recent survey of limited partners by placement agency Probitas Partners, Brazil kept its No. 2 ranking after China as an emerging market that institutional investors find most attractive (respondents could pick up to four). But only 23 percent of LPs cast their votes for Brazil this year, down from 33 percent in 2013. All told, 36 separate private equity and venture capital funds raised $3.8 billion in the first half of 2013 for Latin American investments, about double the prior-year first-half tally, according to the Latin America Private Equity and Venture Capital Association.

Advent International’s $500 million deal for TCP Terminal de Conteineres stands out as one the largest of these deals. Miami-based H.I.G. Capital LLC ranks as the most active deal-maker in Brazil with three acquisitions since 2011.

Among the more optimistic players in Brazil, closely-watched LP and direct investor Canada Pension Plan Investment Board this month opened up an office in São Paulo as its fourth international headquarters, after New York City in January and London and Hong Kong in 2008. The Brazil office opened with three people but is expected to staff up to about 12 within a year.

The CPPIB has already invested $5 billion in Latin America, and a local presence would help it establish a stronger brand, attract local talent and gain deep insight, connections and access to deal flow, CPPIB said.

Reflecting on the flight of capital in the region, CPPIB Chief Executive Mark Wiseman told the Financial Post, “More of these opportunities will be presented if others are exiting…I don’t think we could be opening this office at a better time.”

Also hiring in Brazil is Daniel Wainstein, head of Greenhill & Co.’s office in São Paulo and a Goldman Sachs veteran. He helped bring in a second managing director, Rodrigo Mello, who will add expertise in financial, consumer and retail sectors to address Greenhill’s pipeline of deals that includes a number of middle market transactions. Greenhill plans to add several more staff members in coming months, even while bigger financial services players have pulled back.

“Currently there’s some inflationary pressure, currency fluctuations, and a presidential election, but these are all short-term events,” Wainstein said.  “If you look at the long term, the demographics are compelling. Brazil has the potential to reach growth rates close to 5 percent, and many companies that are fairly small but well managed by the founders are growing at 20 percent or 30 percent.”

KKR opened an office in São Paolo more than a year ago with a staff of four led by Jorge Fergie.

Any investments in Brazil would come from its KKR North America XI, which closed at $9 billion last year. KKR portfolio companies such as Go Daddy and First Data have operations in Brazil. The firm has yet to buy a company there, but it may join Carlyle Group in buying a stake in Brazil education company Abril Educação SA for $188 million, according to recent report from Brazil newspaper Valor Economico.

“We’ve been waiting for volatility to make valuations more attractive and so I think it will be a net positive for us if this volatility continues,” Scott Nuttall, head of global capital and the asset management group at KKR, told Wall Street analysts on Feb. 6. “There will be some interesting things to do. So we do view it as a net positive for our business.”

Blair Thomas, CEO of energy-focused firm EIG, which closed EIG Fund XVI last year with $6 billion in commitments, said his firm has invested about $1.5 billion in Brazil in recent years, including stakes in TBG, the operator of the Bolivia-Brazil natural gas pipeline; Sete Brazil, a firm that operates drill ships for state-run oil giant Petrobras and others; as well as LLX Logistica, developer of the Açu Superport in Rio de Janeiro state that faced a capital crunch as part of the break up of Brazilian tycoon Eikie Batista’s empire.

With an investment horizon of seven to ten years, the time is ripe for private equity funds to invest in infrastructure projects at the right price, he said. “The problems with Brazil are well documented, but it’s also the home of one of the largest oil fields discovered in the world in decades,” Thomas said. “It’s a massive oil play that will create investment opportunities for the next two or three decades.” He’s particularly keen on midstream and infrastructure investments.

“The bigger challenge is when there’s too much capital,” he said. He admitted that “not everything is perfect” in Brazil, but if you invest in strong assets at the right price, the payoff could be bigger for handling the risk. He’s not projecting any big upturn in Brazil for now.

“When markets turn sour, that’s the situation that we like to see,” he added. “There’s no reason for near-term optimism, with the election cycle and policy stagnation, coupled with US tapering.”

Patrice Etlin, managing partner at Advent International, said the firm employs 14 people in Brazil and will keep staffing about the same as it continues shopping for deals after exiting a number of investments in the last couple of years. Thus far in 2014, Advent International has already closed on the acquisition of Dudalina, a clothing wholesaler and retailer with 100 stores and about 2,000 employees across Brazil. The firm also bought United Medical in Brazil as an add-on for its pharmaceutical company investment in Colombia, Biotoscana.

“In general (our) outlook for private equity in Brazil is positive,” Etlin said. ”We’re seeing better asset valuations and an increased willingness on the part of families and other entrepreneurs to engage in dialog with private equity firms. This contrasts with  2012, or even the first half of 2013 when the Brazilian IPO market was open and credit was more available in the country.”

But other firms are being more cautious.

London-based 3i Group counts itself among the more bearish private equity firms on Brazil. The firm has scrapped plans for a $500 million Brazil-fund because of “changes in the macro-economic conditions” after opening its office in the country three years ago. Its two investments since then are now valued at about $56 million. Currently the 3i Group staff of eight in the country faces a plan to evaluate “the cost and resources applied to the region,” the firm said last month. The firm has yet to provide any further details on its study.

Nicolas Rohatyn, chief executive and chief investment officer of The Rohatyn Group and a specialist in emerging markets, said his firm hasn’t taken stakes in any companies in Brazil, but his firm’s funds have invested in currency and bonds there.

The meltdown of the Eike Batista empire, including the bankruptcy of OGX Petróleo e Gas Patricpações SA, remains a “cautionary tale” for private equity investors, he said. It’s difficult to predict what the future holds in Brazil, he said.

“In terms of the deal pipeline, it’s a tough call,” Rohatyn said. ”On one hand, a ton of money can be deployed in Brazil, either through local or regional funds. There’s no shortage of capital…A set of business-friendly policies across the board is what the market is looking for. It’s (also) a question of…what price levels (sellers) want to accept. At the right price point, there will be a lot of activity.”