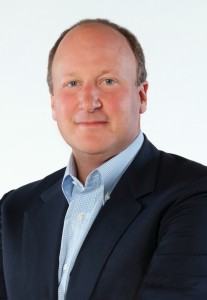 With $1.4 billion under management and more than 80 transactions over the past decade as one of the most active deal makers in the mid-market space, Brazos Private Equity sees opportunity for add-on transactions for Eberle Design, a Phoenix-based maker of traffic control products found in most of the signaled intersections in North America.

“We think it’s interesting, topical and the spending by federal, state and municipal governments will continue,” Randall Fojtasek, co-founding partner and co-CEO of Brazos Private Equity Partners, told Buyouts. “The fundamentals are strong, and the market trend is strong, and this company occupies a preeminent position in its marketplace. This made it very interesting to us.”

Fojtasek declined to provide any financial terms of the Eberle Design deal.

The acquisition comes just three weeks after Brazos Private Equity Partners paid an undisclosed sum for Greenville, South Carolina-based Southern Tide LLC, “one of the fastest growing lifestyle apparel brands in the U.S.” and a maker of Skipjack polo shirts, ties, khakis and other clothes decorated with an emblem in the shape of a blue-colored fish. Southern Tide marks a new platform investment for the firm, Fojtasek said.

Brazos Equity Fund III LP drew a $9.5 million commitment from Sacramento Private Equity Partners in 2008 and earned an internal rate of return of 10.6 percent as of Dec. 31, 2012, according to data compiled by Buyouts. Sacramento Private Equity Partners had contributed $5.37 million, or more than half of its commitment to the fund, as of the end of last year.

Other LPs in the fund included the Employees Retirement System of Texas, the State Retirement and Pension System of Maryland and ATP Private Equity Partners, according to the Thomson One private equity database.

The Eberle Design and Southern Tide deals chalk up a busy 2013 for Brazos Private Equity Partners after its platform acquisition of Hallandale, Florida-based European Wax Center, a retail franchiser of 250 facial and body waxing stores.

On the exit side, Brazos Private Equity Partners sold its investment in Coppell, Texas-based Strategic Equipment and Supply Corp to TriMark USA, a portfolio company of the Audax Group, in March, after a seven-year hold. The deal was the final realization from of Brazos Equity Fund I, which closed in 2000 with $250 million.

Brazos Private Equity Partners takes its name from the Brazos River, which runs through the Texas state capital, Austin, to reflect the firm’s origins in the Southwest.