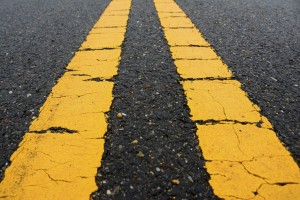 Brazos Private Equity Partners is selling Ennis-Flint in a transaction expected to value the Thomasville, North Carolina, manufacturer and supplier of pavement-marking materials at as much as $855 million, according to sources familiar with the deal.

Harris Williams & Co, the Richmond, Virginia, investment bank, is handling the sale process for Ennis-Flint, according to a source.

Brazos tried to sell Ennis-Flint in 2013 but never reached a deal, a source said. Ennis-Flint was valued more than $575 million at the time, according to sources.

Harris Williams worked on the deal in 2013 with interest from Olympus Partners, Advent International, American Securities and AEA Investors, according to reports.

Dallas-based Brazos combined Ennis-Flint with another one of its portfolio companies, Eberle Design Inc, a maker of control products for the traffic and rail markets. Brazos also closed a $635 million credit facility to repay Ennis-Flint and Eberle debt and to pay shareholders a dividend of $150 million.

Nowadays, Ennis-Flint generates Ebitda of about $95 million, according to a source. Based on comparable purchase-price multiples, Ennis-Flint would likely be valued at 8x to 9x Ebitda, or $760 million to $855 million.

Brazos said in 2014 it wouldn’t raise another fund. Brazos created Ennis-Flint in 2012 by combining Ennis Paint Inc and Flint Trading.

Ennis-Flint didn’t return a phone call or email. A spokeswoman for Brazos declined to comment. A call to a Harris Williams spokeswoman was not returned.