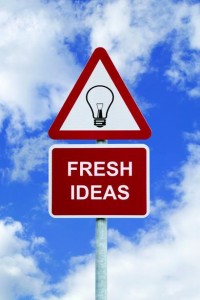 You can’t blame private equity buyout funds for trying to spot opportunities in a downturn. As the debt freeze continues, distressed debt, neglected infrastructure and flailing financial institutions are among the investment opportunities that are leading large buyouts to turn away from the traditional private equity model in 2009.

Of the opportunities that are available, there are few as lucrative as distressed debt. In 2008, according to UK research house Private Equity Intelligence (Preqin), a total of 23 distressed private equity funds raised a total of US$42.5bn. Despite the apparent death of the LBO model, US buyout giants are having no trouble raising funds by taking advantage. In May, Oaktree Capital Management broke the fundraising record for distressed debt after it secured US$10.5bn. Towerbrook also secured US$2.75bn, Intermediate Capital secured US$1.5bn, and Alchemy raised US$1bn.

For 2009, the numbers look even more impressive. Preqin estimates that a further 38 funds, seeking an aggregate of US27.3bn, are waiting to be deployed. Although the distressed debt success stories have largely occurred in the US, Europe is making the non-traditional investment strategy a priority. In the UK, turnaround advisory firm Alvarez & Marsal, has noted the slow nature of the transaction market and has created a new European M&A advisory team for takeovers of distressed companies.

Debt is the new equity

“Firms are now considering launching funds that deal completely with senior debt, which is a brand new strategy for a lot of managers. Usually, there is a 10% allocation to debt investments. But debt is so much cheaper now particularly for senior debt,” says Anna Dayn, a researcher at investment consultancy Cardano. The growing interest in distressed debt is born out of private equity managers looking for opportunities in a largely stagnant market.

“Now that we’re in a credit crunch, private equity companies are exchanging debt at a rapid rate. They’re following the money and looking for opportunities,” says Cathal Friel of Raglan Capital.

In Ireland, private equity firms are seeking opportunities in the troubled banking system. Rumours are rife that a consortium of private equity firms is looking to take stakes in Bank of Ireland. In November, the Independent reported that the Bank of Ireland had revealed that it had received a number of “unsolicited approaches” from perspective bidders looking to take stakes in the bank’s assets.

Cardinal Asset Management, an Irish investment firm, was said to have assembled a private equity bid of up to €3bn to recapitalise Bank of Ireland. US buyout giants Carlyle and KKR were also said to have offered the Irish government an opportunity to take part in a deal. Friel believes that firms taking stakes in banks will be successful due to their money-making nature of financial institutions. “Bank of Ireland and Allied Irish Bank make billions of euro in a year. The view is that investing in a bank will be a sound investment for three years. They are a fantastic asset at the moment.”

Preqin’s data indicates that private equity firms are going to continue to target troubled financial institutions throughout 2009. The intelligence unit has seen an increased interest amongst PE funds targeting financial services, whether as a sole fund focus, or as part of a wider strategy.

But not all opportunities that are available in the current market are at the expense of company or bank’s misfortune. Infrastructure fundraising is expected to be an especially important area in the coming year. According to Preqin, initiatives to boost infrastructure spending in the US, UK and other countries in response to the flagging economy will present lots of opportunities in the market. In 2008 alone, 23 funds closed, raising an aggregate of US$26.2bn. For 2009, there are an additional 82 funds on the road seeking an aggregate of US$92.5bn.

The number of funds raised in infrastructure in 2008 has actually increased from 2007, but the aggregate is down US$10bn. This increased volume of firms looking to infrastructure would seem to indicate that the there are more people investing in the area but with less experience, which has its own set of challenges. Dayn of Cardano believes there are pitfalls in certain smaller private equity firms looking to investment strategies that they have not covered in the past. “Investors are nervous about these strategies as the people who will be running them will be inexperienced. Managers who have not looked at these areas before will be high risk to investors.”

Paul Woodbury, a partner at private equity firm Henderson Global, predicts a lot of change in 2009. “Private equity firms will migrate in 2009. It’s easy for large organisations to adjust to new strategies,” he says. There is little argument that 2009 will be a difficult year for the traditional private equity model but with plenty of investment opportunities arising in non-traditional investments, and no shortage of billion dollar funds being raised, it looks like a break in tradition is just what the industry needs.