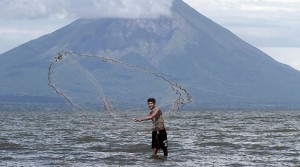 The execution illustrates the increasing opportunities for a growing class of alternative debt capital providers to serve borrowers and private equity sponsors where banks are increasingly constrained by regulatory guidelines, and underscores the willingness of those lenders to step in on a sizeable transaction.

Ares Capital, which lends to private middle-market companies, is holding a large anchor position in the deal and syndicated the rest to a group of nearly 20 lenders, comprised predominantly of non-bank lenders such as Business Development Companies (BDCs), as well as a handful of Nordic banks, the investors said.

“We did consider a couple of paths including a more traditional agent-led syndication, but given the complexity of the transaction and the story, the certainty of execution offered by Ares was important,” said Scott Perekslis, co-founder and managing partner at Bregal Partners, the private equity sponsor backing the recapitalization of American Seafoods.

The transaction, which closed on Wednesday, refinances and reduces the company’s outstanding debt, in part by the Ares led-credit facility as well as by a material equity infusion by Bregal and other co-investors. Following the recapitalization, Bregal holds a significant but non-controlling ownership stake in the company.

“The company refinanced all its debt at various levels resulting in a very clean, simple capital structure and meaningfully reduced total leverage,” Perekslis said. Moody’s Investors Service said initial leverage following the recap was 6.8 times debt-to-EBITDA. “Although ASG’s leverage is high, some of the risk is mitigated by the value of the company’s fleet, its fishing rights, and the currently favorable regulatory environment” it said in a ratings note. Moody’s assigned the company a B3 corporate family rating, a B2 rating to the first-lien debt and a Caa2 rating to the second-lien term loan.

American Seafoods is the largest harvester of wild caught fish for human consumption in the U.S., boasting a leading market share in pollock.

The deal was very well subscribed with excess demand for both the first- and second-lien tranches, the sources said. Ares will retain a significant position in each tranche, underscoring the lender’s willingness to underwrite and hold the credit risk. This approach represents a different proposition to the investors, but also to borrowers and sponsors, market participants said.

In a more traditional bank-led syndication, the agent does not typically hold any meaningful amount of the paper, except to create a secondary market in the loan. Rather the deal is arranged primarily for broad distribution to institutional investors.

In the middle-market space, which has long had a more buy and hold investor base, it is typical for lenders to hold a substantial chunk, but deal size is usually more in the $400 million to $500 million range.

By that measure the American Seafoods loan represents a sizeable credit, requiring a certain scale in terms of balance sheet capacity and distribution capabilities in order to underwrite such a transaction.

“Ares eats its own cooking, holding significant risk and a material piece of the credit, which was an important part of the execution and why the syndication was remarkably smooth,” said Perekslis.

Ares Capital, which is managed by Los Angeles-based global investment firm Ares Management LP, is one of the largest BDCs by both market capitalization and total assets, with approximately $9.1 billion in total assets, according to the firm’s website.

While few non-bank lenders in the middle market space have the size and scale of Ares, other BDCs and alternative debt capital providers that fall outside the purview of the leveraged lending guidance, finalized in March 2013 by the Office of the Comptroller of the Currency, the Federal Reserve and the Federal Deposit Insurance Corp to curb risky lending practices by banks, including the use of excessive leverage, are benefitting from the shift and seeing more opportunities to gain market share.

“The shift is more pronounced,” said one middle-market investor. In certain segments of the market it is becoming more difficult for lenders constrained by LLG to compete with platforms that offer borrowers and sponsors one-stop financing options and certainty of execution, often at more aggressive leverage levels, the investor noted.