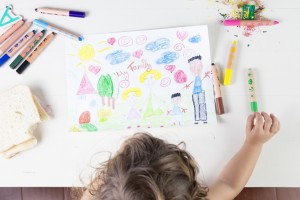 Brentwood Associates is considering an initial public offering for Excelligence Learning Corp after it closed the first add-on for the platform company that sells educational products like crayons and other school supplies.

Eric Reiter, partner at Brentwood Associates, said more add-on deals are in the works for Excelligence as it builds up the company.

The Los Angeles firm isn’t planning any exit of Excelligence in the near future, but the educational materials company could fill a void in public equities after a weakening in the for-profit education sector, he said.

“We’re not focused on exit today but we see the merit of being public,” he said “There’s a thirst for a strong educational platform. With the scale that we’re at today and where we could be, you could see an opportunity for a public offering.”

Excelligence operates in a sector that typically outpaces GDP growth, while benefitting from a greater emphasis on early childhood education.

Brentwood paid at the higher end of its typical $25 million to $200 million deal range to seller Sterling Investment Partners for Monterey, California-based Excelligence, according to a report and prepared statements. Sterling had owned the company since 2011. The deal for Excelligence closed January 6.

Among its offerings, Excelligence makes and sells the Coloration brand of arts and craft products, as well as Crayola, Elmer’s and Fiskars.

“Most of our products are things used every day that need to be replaced,” Reiter said. “They’re the nuts and bolts products in the classroom.”

Brentwood plans to expand the company by investing in online learning offerings.

Reiter declined to comment on a report that Really Good Stuff generates revenue of about $50 million to $100 million, but he said the firm’s portfolio companies range from $5 million up to $50 million in EBITDA.

Brentwood, which specializes in consumer-focused companies, also owns The Great Courses, the brand name for The Teaching Company, a developer and marketer of media for learning and personal development.