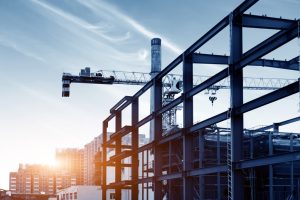 Bridge Investment Group has launched its second opportunity zone fund, according to sources familiar with the firm and a Form D fundraising document.

The target for Fund II is half the size of Fund I’s original target, which represents an adjustment in the firm’s original opportunity zone strategy, a source told Buyouts.

Bridge filed a Form D for Bridge Opportunity Zone Fund I in January with a $1 billion target. The management fee was 2 percent with a 15 percent carry, two sources confirmed to Buyouts. The fund had a preferred return of 6 percent and then a 50-50 catch-up. The second source said Fund I had a $1.5 billion hard cap.

The original plan was to deploy the $1 billion over two years as a blind pool vehicle.

Now, the firm is focused on raising several “sub-pools,” most likely two a year, timed to the deadlines built into the opportunity zone program.

In an October 2018 press release, Bridge Co-CEO Jonathan Slager said they had already identified “over $500 million of attractive opportunities” for Fund I.

In June, Bridge announced it had deployed $509 million into 12 deals, as Active LPs reported, but did not comment at the time on whether Bridge Opportunity Zone Fund I had closed.

David Coelho, chief investment officer for Bridge’s opportunity zone program, said at the time that most of those deals were in the works before the OZ program was unveiled.

In July, Bloomberg reported that Bridge planned to raise a series of smaller funds, with a second one coming later this year and a third one in 2020.

A source confirmed that Fund I had closed and Fund II was the next step.

The Form D said Fund II has a $500 million target, but between the two funds the firm would raise just as much as originally planned. There are no material changes between Fund I and Fund II as far as fees, the source said.

This all represents a realization that one large blind pool fund was not going to work for the OZ program, the source said.

Opportunity zones were created as part of the 2017 Tax Cuts and Jobs Act. They provide a series of tax breaks for investors who roll their capital gains into one of 8,700 designated census tracts.

Among them are a 10 percent capital gains tax break for an investment held for five years and another 5 percent if it is held for seven years, for a 15 percent total.

Investors have 180 days from the end of each year to get their capital gains into an OZ fund, Active LPs reported. Therefore, investors had until June 30 of this year to invest their 2018 gains to qualify for the seven-year tax break on those gains. For their 2019 gains, they have until Dec. 31 to invest those gains and get the seven-year benefit.

This part of the plan will sunset after 2026, so Dec. 31 will be the last chance to qualify for the seven-year benefit on any gains in the program as currently constituted.

These deadlines were what complicated Bridge’s fundraising.

Investors could not wait for capital calls over a two-year horizon—they needed to invest all their gains by the 180-day deadlines.

Additionally, as Bridge raises Fund II, it is showing potential investors every deal that will go into the fund, as opposed to just the pipeline, which the source told Buyouts was an “added benefit” of the firm’s strategy.

It is possible there will be a Fund III next year, the source said, but the firm is taking it one step at a time. The source said the firm plans to continue the OZ program into 2020.

Bridge still has eight to 10 deals in the pipeline for the rest of 2019, the source said.