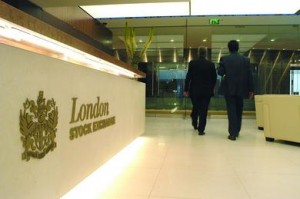 The pricing gives , which is the largest business of its type in the UK and central Paris, an enterprise value of £661m. made £150m from reducing its interest in the company from 81.5% to 41.3%, with the company itself making £35m.

It was a loss-making business was the firm acquired it in 2003 in a £39.8m take-private from AIM following a floatation back in 1998. In June 2004 it acquired Mentmore via a delisting in a £209m transaction. Further acquisitions include Access Self Stockage in France in April 2005 and Storage World in the UK in August 2005. In August last year it returned £101m to Bridgepoint via a refinancing.

Under the ownership of the London-headquartered buyouts house, Safestore has increased the number of stores it operates from 24 to 99, 80 of which operate under the Safestore name in the UK and 19 under the Une Piece en Plus banner in France. Revenues now stand at £64.3m.

The UK is the largest and most established self-storage market in Europe, and is expected to grow with a CAGR (Compound Annual Growth Rate) of 10 to 15%. The business is relying on such trends as increased workforce mobility, high divorce rates, ageing population, housing stock pressure and the growth of the home improvement market to continue its growth.

The partial exit is Bridgepoint’s second realisation of the year. The first came in January when the firm, alongside co-investor Lyceum Capital, sold its investment in , a Nottingham-based IT infrastructure services provider, to larger rival Computacenter in a €42m deal.

In the portfolio, Safestore sat alongside three other support services companies acquired by Bridgepoint. These include ERM, the UK headquartered environmental consultancy it bought in October 2005 from 3i and the company’s employee shareholders for €446m; Firstpoint Healthcare, a flexible staffing agency it backed for €48m in 2000; and Protocol, a UK supplier of educational services/training and bespoke educational software, for which it paid an undisclosed amount back in 1999.