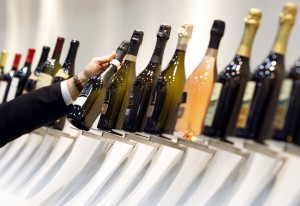 During a wide-ranging interview at PartnerConnect 2014 Midwest conference in Chicago in late June, Peter Brockway told Buyouts that the firm was able to grow EBITDA at The Vintner Group company significantly in the past three years. Specific dollar figures were not available. The new company, which carries the Winebow name, is now led by David Townsend, formerly the CEO of the Vintner Group. Winebow remains a portfolio company of Brazos Private Equity Partners and Brockway Moran.

”We’ve done five add-on acquisitions since we bought (The Vintner Group) less than three years ago, expanding it into Georgia, New York, (New) Jersey, Connecticut, and also adding to some existing territories,” Brockway said. ”And now we’re combining it with Winebow…which will over double the size of the company.” In a separate deal just prior to completing the merger, The Vintner Group acquired the assets of Tempranillo Inc, a distributor of a broad portfolio of Spanish wines that serves the New York and New Jersey market.

Brockway Moran paid an undisclosed sum to buy the Country Vintner in August 2011. It changed the company’s name to The Vintner Group. Winebow and The Vintner Group announced merger plans on June 10. The combined company runs a distribution network covering 14 states and Washington, D.C. The deal closed on July 1.

In February, Brockway Moran completed a recapitalization of Crisis Prevention Institute in a transaction that helped return to LPs nearly 70 percent of the original capital invested in the 2011 acquisition of the crisis prevention training company, according to a statement from Brockway Moran.

Brockway remains managing partner of Brockway Moran but also serves as senior adviser to Blue Sea Capital, which closed its first fund in June with $327 million in commitments.

Brockway Moran drew $700 million in commitments for Fund III in 2006 but told investors in 2012 it would not raise a fourth fund.

In his interview, Brockway said he expects to wind down Fund III’s remaining investments within the time allotted by its limited partners, typically  about 10 years.

“We have to be just as active…in working the portfolio now as we would have been,” he said. The firm’s remaining partners are spending “as much or more time than we ever have with the portfolio companies.”

The firm sold Air Medical Group Holdings to Bain Capital in 2010 after achieving growth in the emergency evacuation company through organic expansion and acquisitions, Brockway said. The firm co-invested with Bain on Air Medical and retains a stake in the company.

(CORRECTION: The original version of this story was retracted because of a reporting error about the nature of the deal between the Vintner Group and Winebow. The deal is not an exit, but a combination of the two firms.)

Photo of a man holding abottle of champagne at a wine expo, by Alessandro Garofalo for Reuters. All rights reserved.