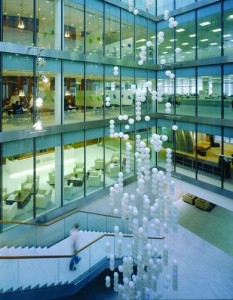 Companies listing on the London Stock Exchange’s Main and AIM Market are over paying their brokers, according to research conducted by independent corporate finance house, Close Brothers.

The review focused on companies that raised more that £50m listing on the LSE in the first half of 2006. Close Brothers found that average broker fees were 3.8% of the value of shares placed. Some corporates, it was discovered, were paying closer to 6.1%. International companies consistently paid more, an average of 4.3%, compared with 3.7% paid by UK-based companies. Gareth Healy, head of IPO advisory at Close Brothers said: “Foreign companies in particular seem to end up paying more and that is often a reflection of their increased complexity, and in some cases political and diligence risk. However, in many cases it seems that they may just not know their way around the city and get penalised as a result.”

In spite of the high costs, there has been a significant increase in the volume of international companies coming to market in 2006, the majority on AIM.

This review also shows that fees are higher on average for companies listing on AIM than for those targeting the Main Market, whit an average of 4% versus 3.5% of the total amount raised paid to a broker, respectively.

Normally there is an inverse relationship between money raised and broker fees. Yet, in the first half of 2006, international companies included in the study raised an average of £336m and initial public offering, which is more than twice the average of £150m raised by UK companies. Healy adds: “It is surprising how few companies use incentive fees and how small incentive fees are. Consequently companies lose control over the process and don’t have brokers focused on maximizing price. Incentive fees redress the balance – companies retain power over the broker rather than the other way around.”

Mid-cap companies can expect to save £1.5m to £3m on their IPO if they use the leverage they have when banks are pitching in order to insist on a competitive fee structure. In recent IPOs with placing sizes of around £100m, corporates such as New Star Asset Management achieved 2.4% and SThree 2.1%, both significantly below the average of roughly 4% for that size category.