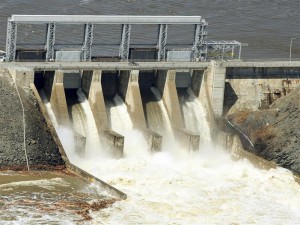 “The two hydroelectric dams will be built in parallel. We expect construction to start around the first quarter of 2016 and to last for about five years,” he said.

The location for the third dam was yet to be decided, he added.

Abdelhafid said the projects would be financed by equity, which was already available and contributions from local lenders and development banks that were interested in the projects.

Ivory Coast, the world’s top cocoa producer and exporter, is also the region’s most reliable power producer and supplier.

It exports electricity to Ghana, Burkina Faso, Benin, Togo and Mali. It also plans to add Liberia, Guinea and Sierra Leone to its grid while responding to internal demands from the mining industry.

“The hydroelectric potential of the Ivory Coast is very important and the electricity market is one of the fastest growing in Africa,” Abdelhafid said.