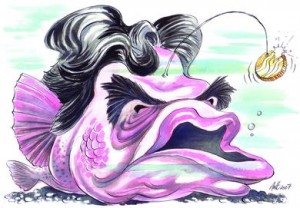 And the man heavily backed for the job is Sir Ronald Cohen, the retired co-founder of . Cohen, whose self-made personal fortune is an estimated £250m, was the fourth largest donor to the Labour Party in 2004, and in 2005 he started to fund Gordon Brown’s bid to be the next Labour leader. Reports indicate that since 2001 he has personally donated over £1.5m to the party. And as a senior statesman, he has great clout in the private equity industry and knows many wealthy people.

Gordon Brown already employs Cohen as a foreign policy adviser. And he is a director of the , a thinktank specialising in military and political conflict. The Egyptian-born Cohen also runs the Portland Trust, a not-for-profit foundation which funds Palestinian businesses. A friend commented: “I got a letter from Ronnie when he left Apax announcing that he was going to address the financial problems of the Middle East.” You can’t deny the man’s ambition.

This appointment could have much wider repercussions for the Labour Party. Labour, hence the name, has been traditionally funded by labour unions and these are still by far the largest donators. Unions have been locked in battle with private equity houses for months and will not appreciate Cohen’s circle of friends donating to their beloved Labour Party. In fact they have already been complaining prompting cabinet member, Peter Hain, to speak out and welcome donations to the Labour Party despite the union’s anger. Clearly Brown realises he needs to diversify his investor base.

The UK private equity industry is currently facing the most intense political and regulatory scrutiny it has ever witnessed. Despite Brown’s rhetoric at union rallies about doing away with unfair tax privileges for private equity, which he signed into law in 2003 by the way, he seems to be quite a fan of the industry and its players.